The One House In Washington That’s Straight Out Of A Sci-Fi Movie.

In Washington, we’re no stranger to weird happenings. In fact, we love to embrace it all! In the early 1970s, a man named Michael Reynolds came up with idea of Earthships. Never heard of this before? Then let us explain. Reynolds came up with the idea to build self-sustaining homes out of unique materials like recyclables and elements of the earth. The funky, eye-catching homes can now be found all over the world, and one of them is right here in Seattle!

One of the people who embraced the idea of these Earthships? Artist Roxanne Fonder Reeve. 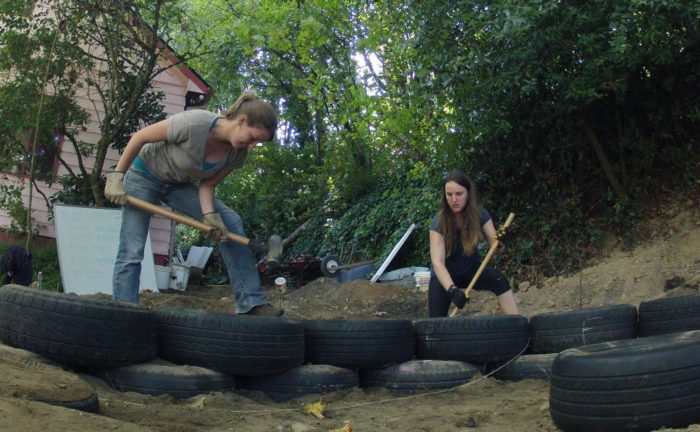 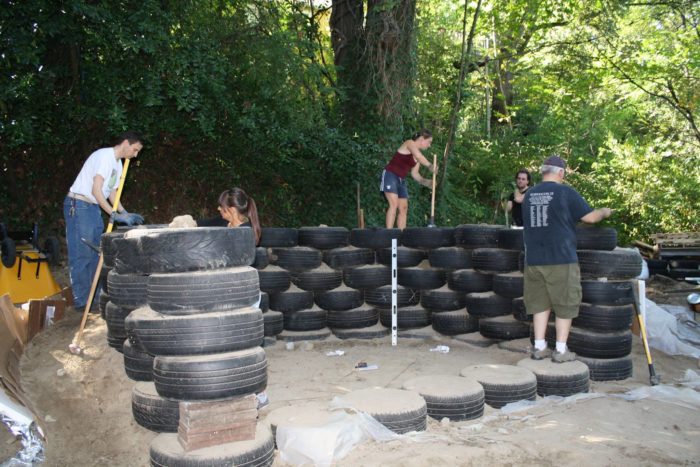 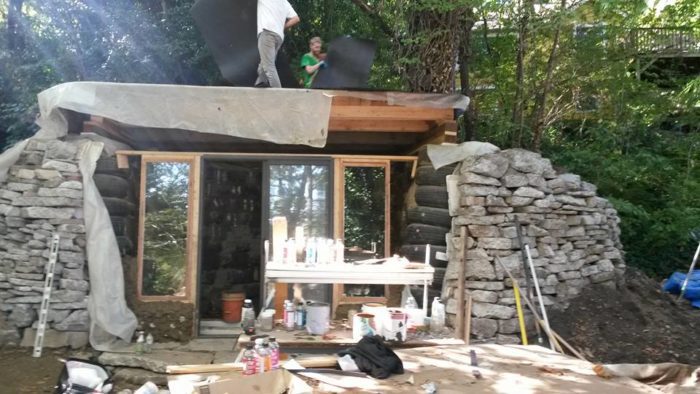 The artist decided to make use of her driveway, using it as the perfect spot to make Seattle’s own Earthship. Reeve now calls herself the “Queen of the Trash Fairies” as she frequently finds herself dumpster diving for items for the Earthship.

Referring to their Earthship as the Trash Studio, Reeve and a team of helpers from the community have been working on the unique studio since 2012. The sustainable, zero-waste studio is made out recycled items and natural materials. The Trash Studio has been built without any money, with all items being discarded materials or things that were donated to the cause. For insulation, the team was able to get creative and use styrofoam boxes that were discarded by a medical facility.

As you can see, like so many of the Earthships you’ll find around the globe, the Trash Studio was built using over 100 tires. Today, the Trash Studio is nearly complete after a handful of years in the making, although they do have some exterior work that they’d still like to accomplish. Interested in helping out this amazing little community? The Trash Studio is hosting an Earthship Work Party!

One of the major goals with building this unique structure is to help get the idea of Earthships out into the community more. The self-sufficient lifestyle continues to grow as time goes on, one that the people who helped build the Trash Stuido hope the world continues to embrace more and more.

The invitation is only open to those who are truly interested in putting their hands to work. The Trash Studio will be putting some of their finishing touches on their Earthship on Saturday, February 11th.The team will be finishing the final coat of cob plaster, working on the floor and potentially on the roof.

To find out more information – go to https://www.earthshipseattle.org/current-events/