Your Air-Conditioner is bad for the planet

We may be in the clear when it comes to heat domes, but it’s still really hot. More than half of the country has had temperatures in the 90s in the last week, prompting many people to find relief in the cool, crisp breeze of an air-conditioner.

But in the next few years, the way air-conditioners work could change. Last month, representatives from nearly 200 countries worked on a new environment agreementto regulate the use of HFCs, or hydrofluorocarbons. These chemical compounds are responsible for keeping you cool on hot summer days, in air-conditioners and refrigerators. And even though you might not have heard of them, environmentalists, government officials and scientists say an agreement to limit HFCs represents a significant step in the fight to stave off the worst effects of global warming. 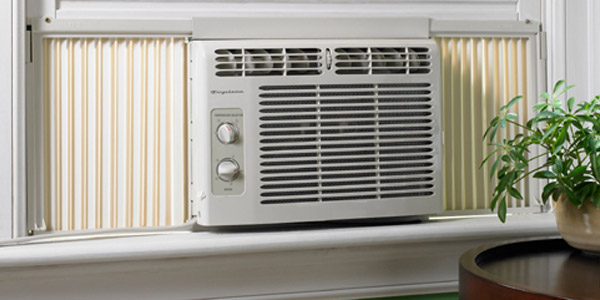 Thatâ€™s because like other greenhouse gases, HFCs contribute to global warming. But mostly, theyâ€™re not coming from your air-conditioner, though air-conditioning poses other environmental problems. So weâ€™re here to answer some questions you might have about HFCs, air-conditioning and this new treaty.

HFCs represent a small portion of total greenhouse gas emissions, but they trap thousands of times as much heat in the atmosphere as carbon dioxide.

Good news: If your air-conditioner is working properly, it wonâ€™t release HFCs into the atmosphere. Some HFCs are released during the manufacturing process, if your air-conditioner or refrigerator has a leak, or when you throw a unit away, possibly causing some molecules to escape, especially if itâ€™s disposed of improperly (Hereâ€™s some guidanceÂ on proper disposal).

The United States has also put regulations in place to phase out the use of HFCs in other areas like aerosols and building foam.

So can I use my air-conditioner guilt free?
Not quite. Air-conditioning presents other problems: As of 2009,Â nearly 90 percentof American homes have air-conditioners, which account forÂ about 6 percent of allÂ the countryâ€™s residential energy use. All that air-conditioning releases about 100 million tons of carbon dioxide each year.

And once developers could rely on heating and cooling technologies,Â they often built less energy-efficient homes, which means that you have to use more air-conditioning or heating to get to the temperature you want.

Whatâ€™s being done about HFCs?
Representatives from the same countries who negotiated the Paris agreement met in Vienna toÂ discuss a plan for phasing out HFCs.

Any deal reached in these talks would be an amendment to theÂ Montreal Protocol, which phased out CFCs (chlorofluorocarbons) only a few years after scientists published results showing the harm those chemicals were doing to the ozone layer.

The United States, which already has some regulations in place to limit HFCs, wants to begin phasing out production and use in 2019 in developed countries, and in 2021 in developing countries, though some developing countries, like India, would prefer a longer time-frame â€” beginning in 15 years. These restrictions, they say, would place an unfair economic burden on their citizens, especially as air-conditioning use is expected to skyrocket there in the next few decades.

However, the Environmental Protection Agency said that because another chemical compound, HCFCs (hydrochlorofluorocarbons), are still commonly used in the developing world, it would be better if they skipped ahead to the more environmentally-friendly replacements, rather than setting up a whole economy based on HFCs and then making the switch. HCFCs areÂ not currently widely used in the United StatesÂ and production and import here were largely halted last year.

But itâ€™s so hot. Will I have to give up my air-conditioning?
No, althoughÂ some experts sayÂ that there may be a time in the future when the climate in some places will be so hot that air-conditioning wonâ€™t be able to maintain comfortable temperatures.

And several companies are already working on cooling replacements for HFCs.

For instance, Honeywell, which makes your dehumidifier but also plane engines, has already invested close to a billion dollars in developing and patenting an HFC substitute, which is already used by some manufacturers.

According to Ken Gayer, a vice president at Honeywell, these new molecules, known as HFOs (hydrofluoroolefins), break down in a matter of days, so thereâ€™s less time for them to trap heat in the atmosphere.

Will HFOs be as effective at cooling my home?
HFOs are as good at cooling your home and are more energy efficient, Mr. Gayer said, but they are more expensive and complicated to produce.

Honeywell started working on the HFOs in the 1990s, after scientists knew that HFCs were contributing to global warming, he said, adding that HFCs were always meant to be a transitional chemical, and not meant for long-term use.