You can pay for tires with Cryptocurrencies

Bitcoin reached the Buenos Aires gomerías: you can pay for tires with cryptocurrencies. Other digital currencies will also be accepted; how will the calculation be to pay for the products.

Not for nothing that Argentina is one of the 3 main countries in the region in the rate of adoption of cryptocurrencies: from the General Administration of Ports (AGP) using blockchain technology, to Universities providing courses and training on blockchain and cryptocurrencies, passing for real estate and cars paid for with crypto. In addition, being in position 20 of countries with the highest cryptocurrency profits in the world in 2020, and currently, in addition to having Bitcoin ATMs, there is also the possibility of even changing the tires of the cars, and paying with Bitcoin. 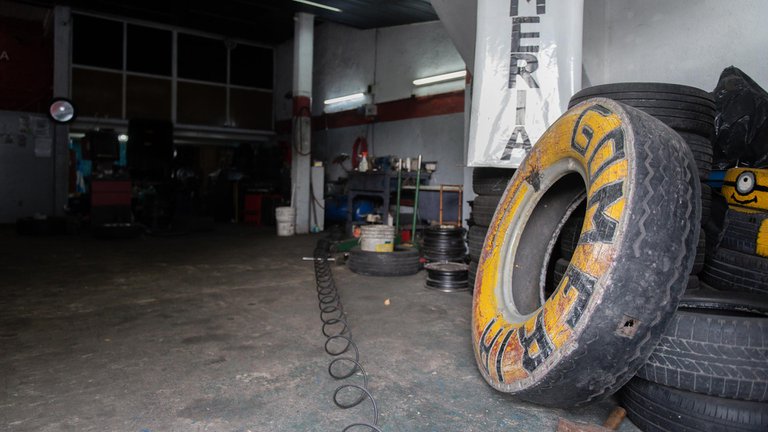 The most recent of this chain of cryptocurrency adoptions in the country is that from now on, the chain “La Esquina del Neumático” offers its customers the possibility of paying with cryptocurrencies, that is, it accepts crypto as a means of payment. While Bitcoin is the world’s leading cryptocurrency, dominating 40 percent of the total crypto market, the company will not only accept BTC, but will also charge with another 350 cryptocurrencies.

As detailed by the company: “To pay in this mode, customers will agree with the staff the conditions of the service in equivalent value in pesos. Then, the price will be defined online in bitcoins, or in one of the more than 350 cryptocurrencies available through Binance. Later, the person responsible for the sale will tell the customer how to make the payment through a virtual wallet and, once the transaction is verified, it will be executed as a traditional purchase or sale ”. This new payment method will be available at the 11 branches that La Esquina del Neumático has in CABA and other locations in Buenos Aires, and also through its web store.

Yanina Orrego, CEO of Capital Ediciones, told Infobae: “It is very important to take into account all this type of news about the adoption of cryptocurrencies. The growth in adoption translates directly into the day-to-day use of crypto. Last year, many were unaware of cryptocurrencies, and perhaps in 2022, they will already be paying in the supermarket with them “, and added:” Being out of crypto today is not something very strange, but being so in 5 years, it will be similar to nowadays not using a cell phone with an internet connection ”.

The most powerful revolution in our country arose possibly from April, when MercadoLibre began accepting property payments with Bitcoin. Although there were already thousands of investors in cryptocurrencies last year, the adoption began to be noticed more as a result of this fact. In July, the port industry decided to implement blockchains to reduce paperwork, contribute to sustainable transportation, meet global carbon reduction requirements, streamline the entry and exit of ships, and provide traceability in logistics operations with the goal of reducing costs.

Then, at the beginning of August, it was announced that the Alem Sports Club would pay its players with cryptocurrencies, in this case, with Tether (USDT), a stable cryptocurrency, with a price almost identical to that of the dollar. Later, a few days later, the first sale of a vehicle paid for with cryptocurrencies was made, a VW Nivus.

However, Argentina has been adopting cryptocurrencies for several years now. For example, it was in 2018 that the first Bitcoin ATM was installed. From there the growth was consistent, until this year, when it became exponential. Although there are still no supermarkets, kiosks, and parking lots that accept cryptocurrencies as means of payment, they are one of the last things missing, since there are even web stores where you can pay with cryptocurrencies. For example, in Cryptoavisos you can buy cell phones, headphones, water heaters, stoves, fans, and more electronic items with USDT.