Green roofs offer a lot of environmental benefits they provide additional insulation, reduce rainwater runoff, and can lower your electricity bill. However a new study suggests that roofs painted white might actually be more effective at fighting climate change. A study published in the Energy and Buildings Journal compared three types of roofs green, black and white and came to the conclusion that white roofs have great economic benefits, and they are also three times more effective than the other two at fighting climate change. 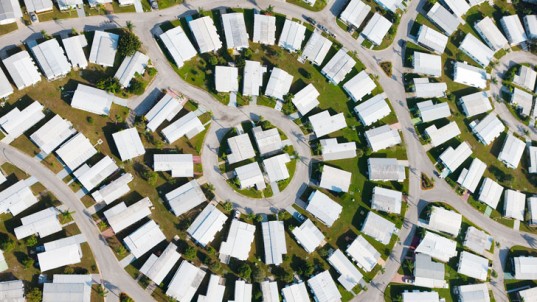 Researchers at the Lawrence Berkeley National Laboratory conducted an economic analysis of the costs and benefits of white, black and green roofs and found that white roofs are far superior in fighting climate change than the other two. While roofs painted black absorb heat and contribute to the urban heat island effect, white roofs reflect the sunlight back into the atmosphere and help cool down its lower parts. The study advises those concerned with global climate change to choose white roofs, adding to a host of other studies in the past decade that have allowed the white roof movement” to gain momentum across the United States. However, things are not as simple as they seem.

A series of climate simulations carried out by Mark Z. Jacobson and Ten Hoeve of Stanford University showed some unexpected results. Despite their beneficial effects on the lower parts of the atmosphere, white roofs decrease the temperature difference half a mile above ground-a difference which drives cloud formation and less clouds means more sunlight reaching the Earth’s surface. This, among other issues like the impact on fossil fuel consumption and summer cooling vs. winter heating gains, is still subject of scientific debates. Meanwhile, it should also be noted that vegetated roofs offer built-in storm water management mechanisms in addition to some cooling benefits.

Although we are excited to find out how different roofing strategies may affect climate change, one should be aware of the fact that these investigations involve a wide spectrum of factors and potential consequences far too complex for a hotheaded (pun intended) thumbs-up verdict. 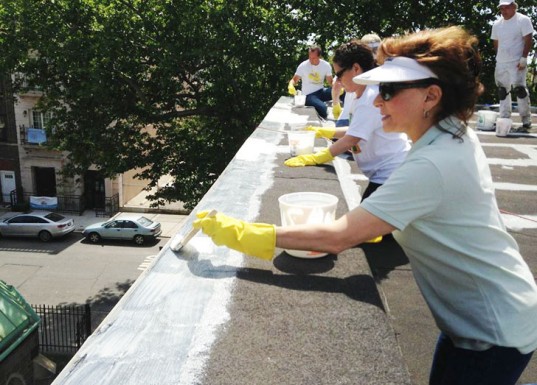