The Wolfson Tree Management Center and the Mess Building in the UK were built entirely from locally grown unseasoned and untreated wood. British design practice Invisible Studio Architects teamed up with engineering firm BuroHappold to design and build the two timber structures which will serve as a machinery storage and staff facilities for Westonbirt, The National Arboretum – an old forest estate hosting 15,000 trees originating from China, North America, Japan, Chile, and Britain.

The buildings were built from timber cut down as part of the routine tree-thinning process that takes place at the estate. During this process, timber becomes available as waste product that can be potentially used as a building materials. The timber is milled on site, which cuts out processing and transportation costs. A team of volunteers, trainee carpenters and a contractors then builds the structures. 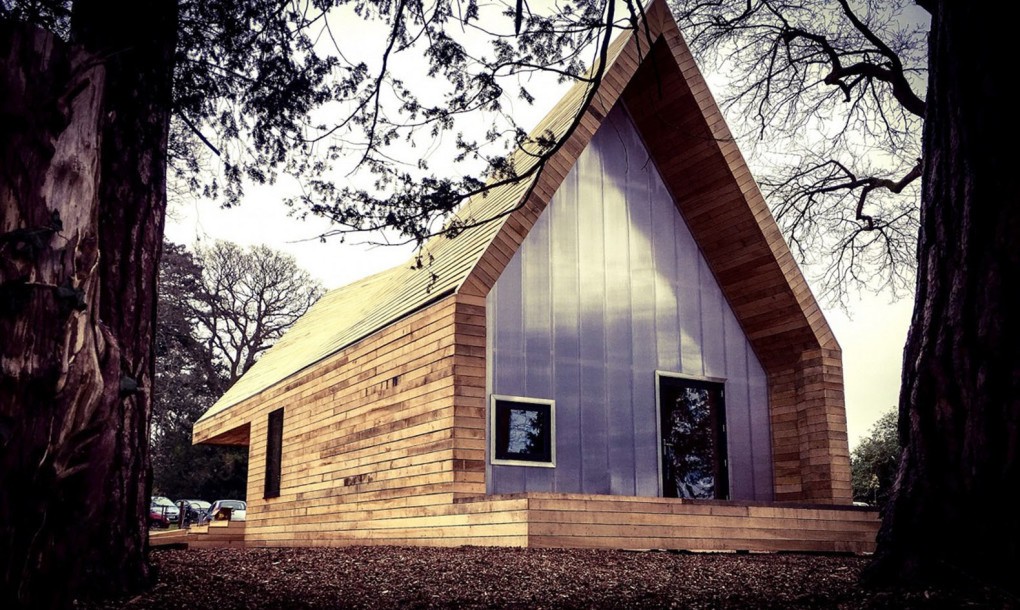 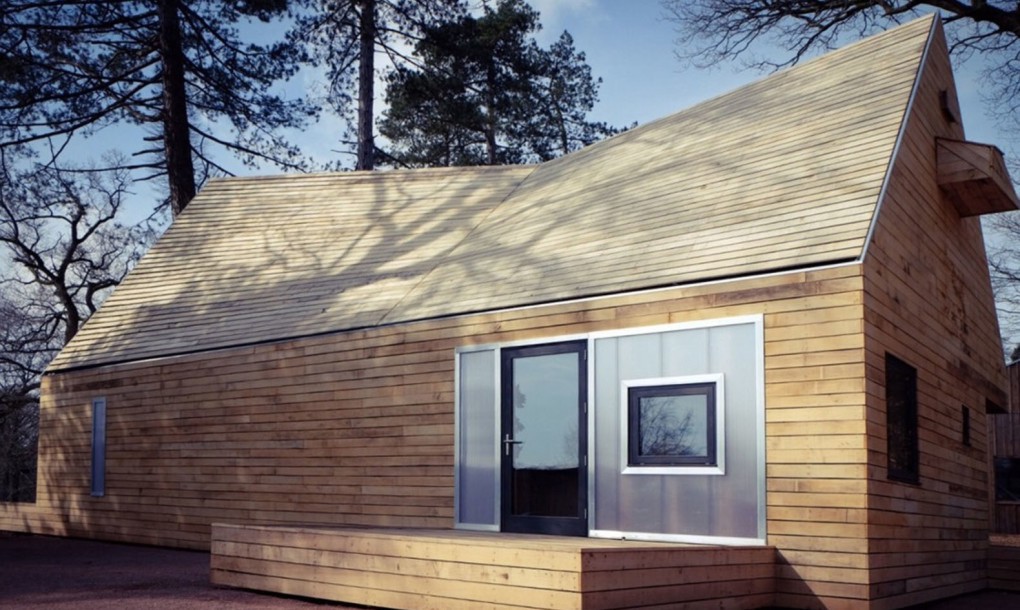 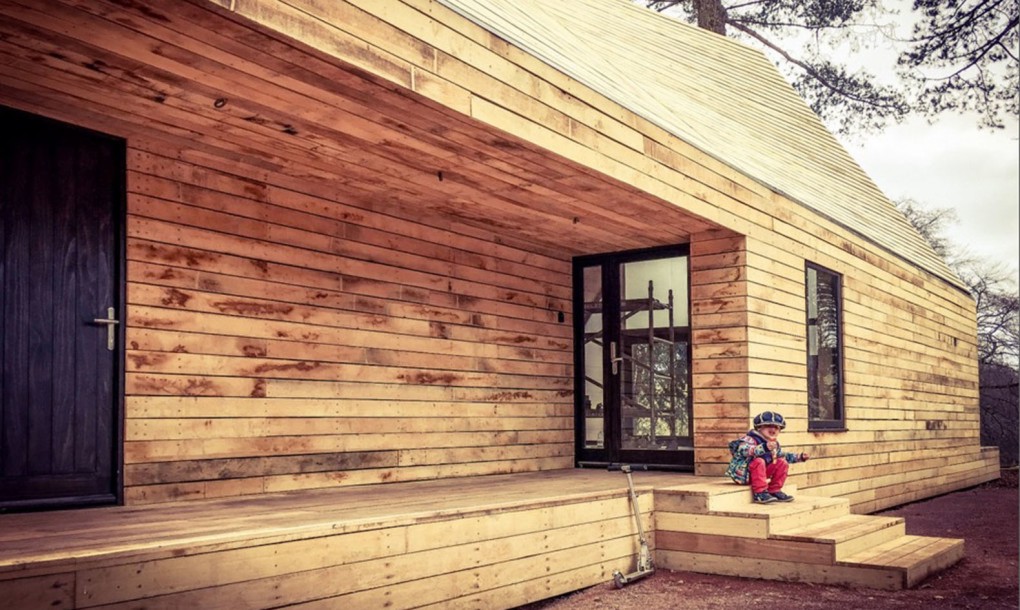 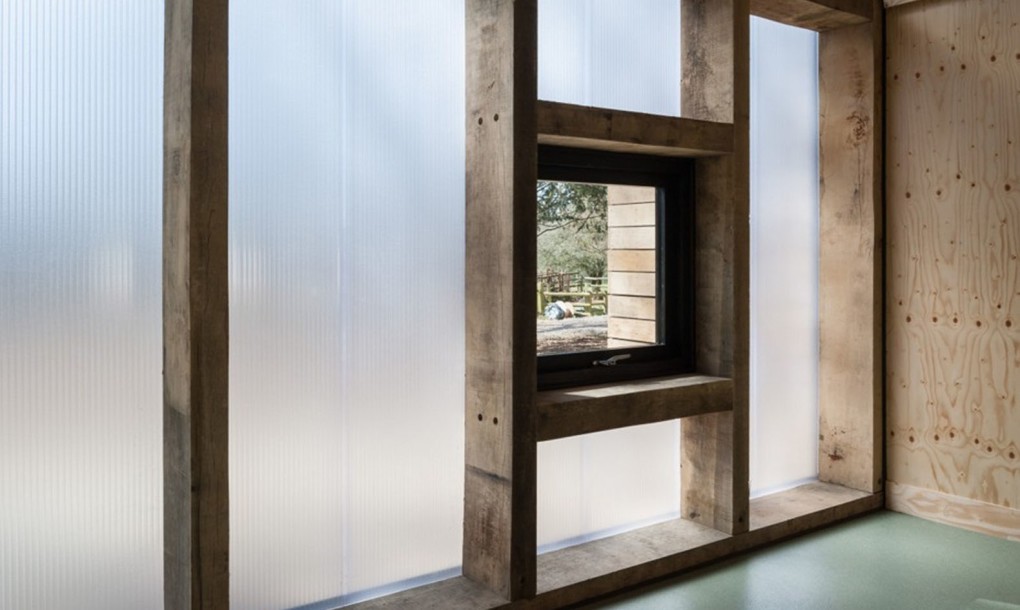 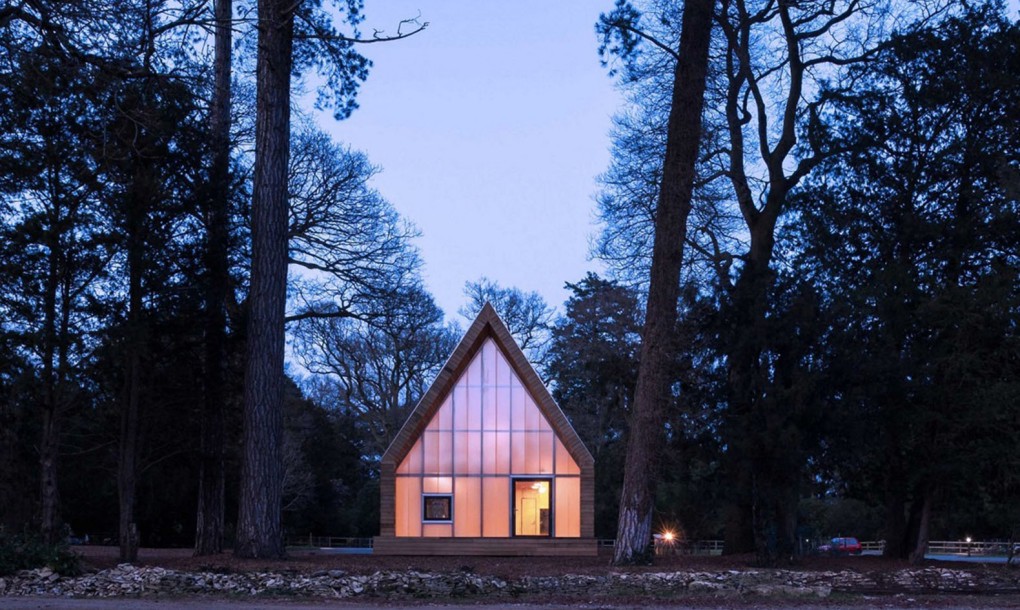 The Mess Building, featuring an inverted pitched roof covered in planks of oak, is visually separated into two parts. One houses the kitchen, toilet, drying room, and an open common space, while the other houses a messy area. Translucent polycarbonate panels were used to build the gable wall, allowing natural light to penetrate the interior. Located behind the Mess Building is the machinery shed dominated by 20-meter-long trusses.