– and helps them become homeowners

Students at Build UP remodel houses in Birmingham, Alabama, that they can then own, building generational wealth and combating blight.

When students graduate from a new kind of school in Birmingham, Alabama, at the age of 20 or 21, they could end up owning a house.

The program, called Build UP (Urban Prosperity) Birmingham, is unlike any other school in the country. Low-income ninth-graders enter to earn a high school diploma, and then an associate’s degree, while also training as construction workers through paid apprenticeships. They learn in part by remodeling houses in Ensley, the blighted neighborhood where they live. Later, they can move into the newly remodeled homes, and eventually they get the chance to buy them. 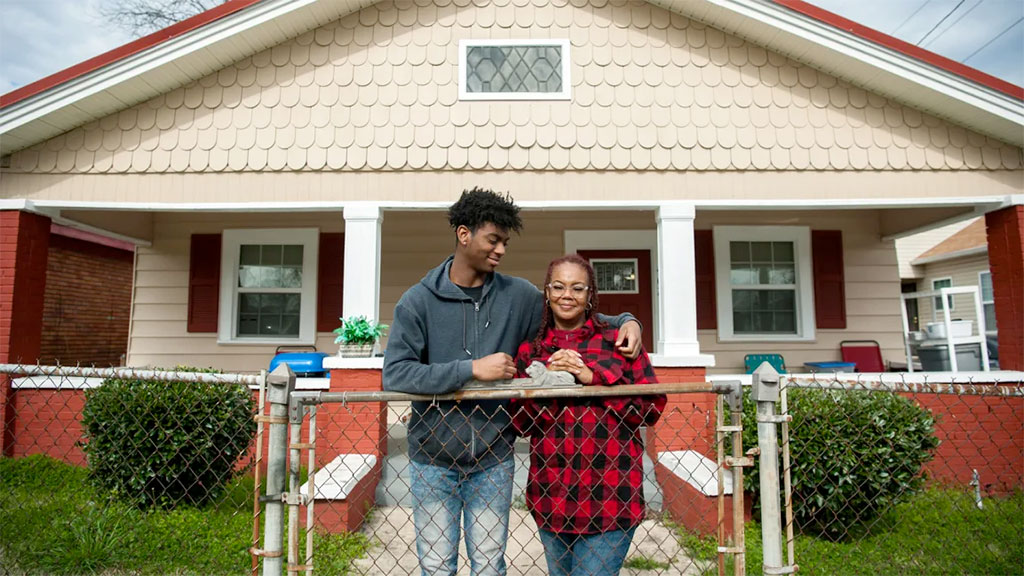