The next LED revolution is upon us, and it is ultraviolet

The next LED revolution is upon us, and it is ultraviolet

TOKYO — It took a decade of work and the help of two Nobel laureates, but industrial pump manufacturer Nikkiso is finally gearing up for the mass production of deep ultraviolet light-emitting diodes.

First is the environmental field, where the sterilizing effects of deep UV radiation can be put to use disinfecting water and sewage. This is already done using mercury lamps, but the new LEDs have many advantages: They are smaller and can run on lower voltage, around 5-7 volts. They are far more durable, lasting more than 10,000 hours, compared to around 3,000 to 5,000 hours for mercury lamps. Finally, they do not use toxic mercury. 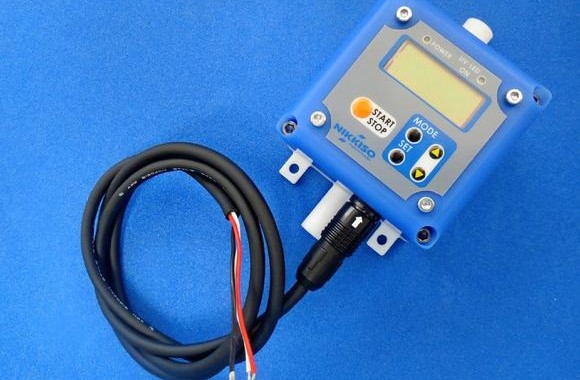 The second field is medicine, where Nikkiso anticipates a wide range of applications in addition to the sterilization of medical instrumentation.

One example is dermatology, where selective dosing with different wavelengths of deep UV radiation can be used as a form of light therapy to treat skin disorders.

Another example is the measurement of the purity and density of proteins and DNA by combining the LEDs with photodetectors.

And Nikkiso has already incorporated the LEDs into its kidney dialysis machines as a way to check for the elimination of waste materials from the blood.

Industrial applications are the third promising field. Used with UV-hardening resins for bonding and coating processes, the LEDs can improve the efficiency of the production line because they can reach stable output much faster than mercury lamps, which take more time to warm up.

But even as the company works to propose applications in these fields, it also intends to utilize the deep UV LEDs in its own products.

Together with its pump technologies, Nikkiso has developed a module that can be fitted to food machinery to sterilize water on the move.

It was clear from the start — Nikkiso first began developing deep UV LEDs in 2006 — that it would be difficult to grow crystals of uniform properties in order to mass-produce high-quality versions of the elements.

For help and guidance, the company turned to Isamu Akasaki of Meijo University and Hiroshi Amano of Nagoya University, both of whom shared the 2014 Nobel Prize in physics for their work on blue LEDs with Shuji Nakamura of University of California, Santa Barbara.

“We doggedly pursued the research, just like these pioneers,” recalled Shigeo Maruo, who heads the company’s R&D subsidiary Nikkiso Giken.

With the guidance of the two future Nobel laureates, Maruo and the staff at Nikkiso Giken fine-tuned their mass-production technologies and began selling samples of their deep UV LEDs in 2012.

Nikkiso completed a 2.2 billion yen ($18.5 million) production facility in Ishikawa Prefecture this past June that is now in trial operation. Full-scale mass production of the LEDs is expected to start in April.

“We’re confident of the performance of these LEDs,” Maruo said, “and the next step now is to ascertain customer needs.”

With rivals like Asahi Kasei also developing deep UV LEDs, this nascent market is likely to see intense competition in the years ahead.

For Nikkiso, that means continuing to boost performance and explore new fields for its deep UV LEDs.

“To lead a market,” Maruo said, “you always need to be thinking about the next move.”