When Hurricane Katrina rocked the Gulf Coast in 2005, displacing hundreds of thousands of residents, many wondered what shape a rebuilt city would takeor whether restoring the city would be possible at all. But some experts saw an opportunity in the catastrophe of New Orleans. In the aftermath of the storm, a slew of nonprofits committed millions of dollars to support the construction of green homes in the city, which in turn prompted a green building trend in the city. Now, 10 years late, green building experts say the work rebuilding there can serve as a model for other communities. 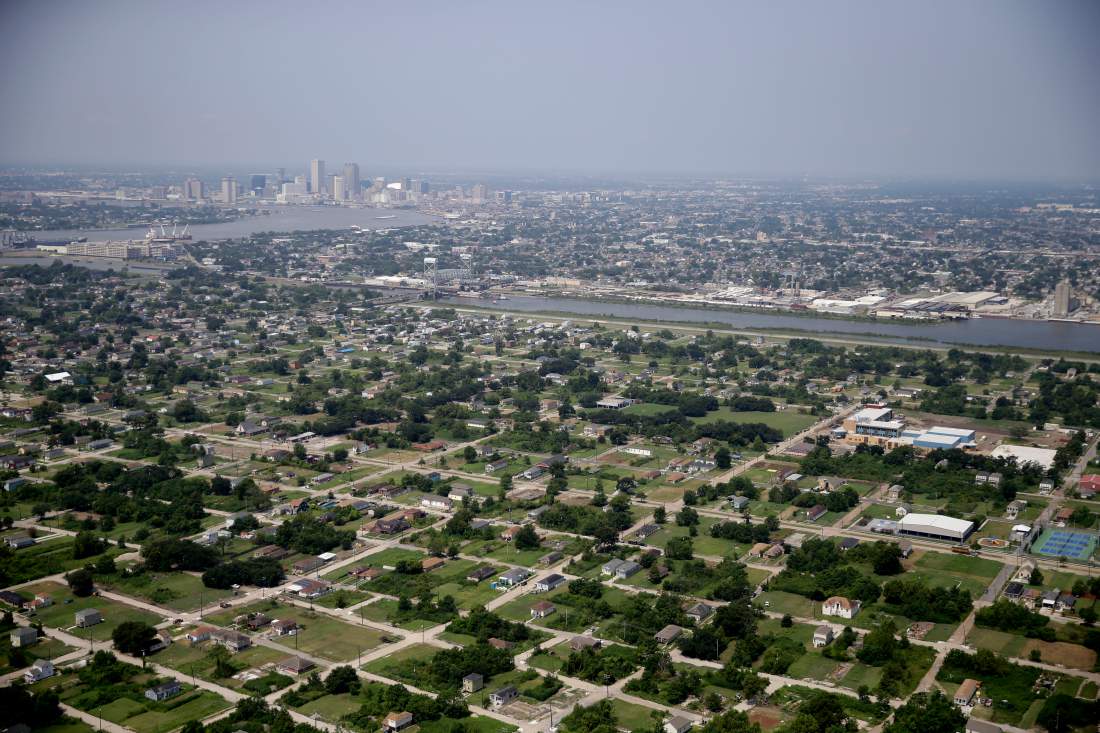 The Make it Right Foundation, founded by the actor Brad Pitt, has built more than 100 homes in the hard-hit Lower Ninth Ward for local residents. The residences built by the foundation included solar panels that reduce energy use from external sources and countertops made from recycled materials. All the homes were built to LEED Platinum certification standards, the highest-level designation for sustainable building offered by the U.S. Green Building Council.

It’s not just because someone in the environmental community believes in green building,” said Royle. Green building means lower bills, fewer trips to the hospital for children with asthma.”

Global Green has also moved beyond building green homes to advocate for public policy that encourages green building in the public sector and other solutions to make building in the region more sustainable. New Orleans public schools110 of which were severely damagednow have sustainability programs and any new schools must be built to at least LEED Silver standards, Pyne said.

In addition to offering cost-saving and environmental benefits, green homes in the city have been built to better withstand hurricanes. Make it Right, for instance, builds homes elevated 5 or 8 feet off the ground. All homes include roof access to ensure that residents aren’t trapped in the attic during a flooding situationas happened during Katrina.

New Orleans has done much to prepare the city itself for the next hurricane, with a $14.5 billion, but homes that are themselves equipped to withstand storms and flooding is also a key element in preparation. Indeed, Louisiana’s master plan, which provides guidelines for how to protect the city from future natural disasters, includes provisions to help fund elevated homes for homeowners who may not be able to afford the expense.

Every dollar up front is more effective than five spent after the fact,” said Mike Foley, CEO of insurance company Zurich North America Commercial. We need to shift the conversation from one of recovery to one of resilience.”

from time.com by Justin Worland