Students see fruits of their labor with school garden

“They were surprised,” he said.

Connor’s newfound love for the green vegetable stems from a student- and parent-operated garden on a vacant plot across from the school at 2303 Riverside Blvd.

The garden, nurtured by approximately $8,000 in grants as well as equipment donations, gives students greater insight into how food is produced and where it comes from, said project coordinator Laurie Taylor. 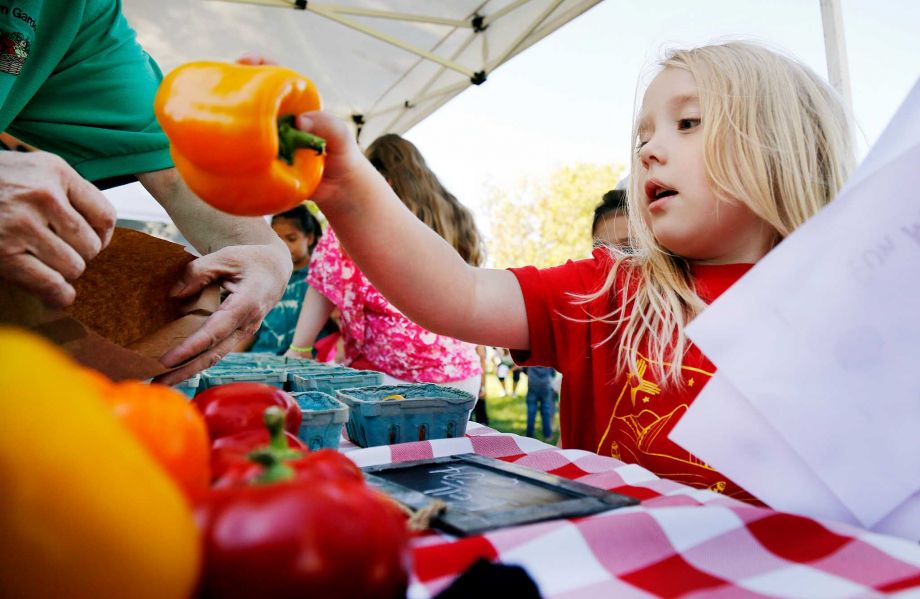 “We’re teaching the kids where their food comes from and that it doesn’t magically appear on a grocery store shelf,” said Taylor, Master Gardner coordinator and regional food coordinator for Iowa State Extension and Outreach.

Taylor said she had an interest as a Master Gardener to introduce more sustainable gardens to schools and discovered the project would help Riverside Elementary toward its Blue Zone designation.

The array of vegetables, Taylor said, was intended to help students learn about growing food locally and discover some varieties not necessarily found in the produce aisle.

“I wanted the children to realize not all tomatoes are red and not all carrots are orange,” she told the Sioux City Journal(http://bit.ly/1Mh1X4l ). “I thought it was important to have a variety to choose from.”

Harvest began in June and since the first plant was picked, the garden has yielded more than 1,000 pounds of produce.

Not one fruit or vegetable picked has been sold, Taylor said. Students and families who helped plant, pull weeds and harvest were allowed to take some of the food home. Produce is also served for snacks at the school and will be used for cooking demonstrations later this year. 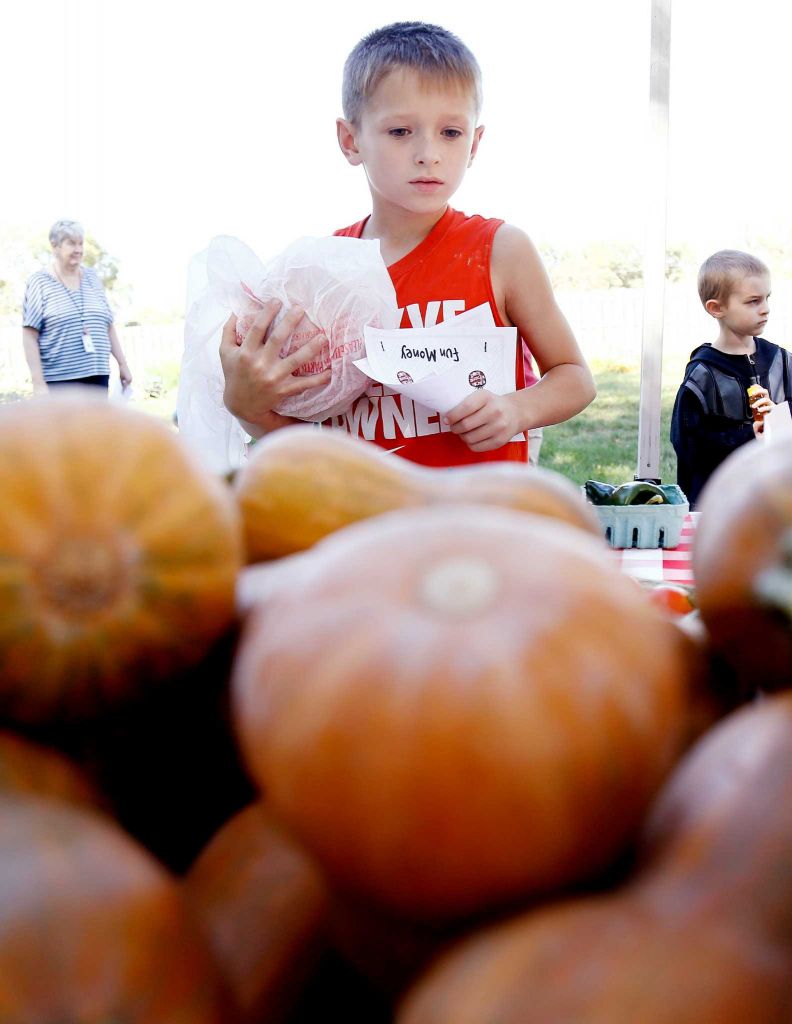 With the grants, Taylor also introduced a mini-farmers market to the students. A handful of vendors at the Sioux City Farmers Market brought their produce to Riverside Elementary. Students were given play money to buy some of the producers’ goods. Taylor said this gave students the opportunity to talk to larger-scale gardeners and distinguish similarities and differences in their methods compared with their own.

Principal Mary Motz said rewarding students and parents with the fruits (and vegetables) of their labor helps save on grocery bills and encourages more healthful eating at home.

“Making nutritious food takes more work, but we hope we encourage them that it’s cheaper in the long run and much healthier,” she said. “We’re forming healthy habits one family at a time.”

Dustin Vallejo, father of two Riverside students and two children younger than 3 years old, said the garden has been a major plus for his children, whom he describes as vegetable eaters. He said he and his family were able to work in the garden six or seven times pulling weeds and picking vegetables.

“It’s helped us save some money on going to the grocery store and getting produce,” he said. “It’s also taught my kids where food has come from.”

An AP Member Exchange shared by the Sioux City Journal