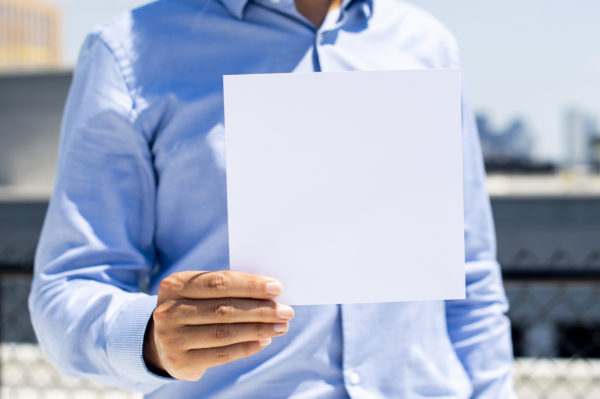 Air conditioning is something you barely notice — until the power goes out, and it no longer works. But what if keeping cool didn’t require electricity at all?

A scientist has invented a material that reflects the sun’s rays off rooftops, and even absorbs heat from homes and buildings and radiates it away. And — get this — it is made from recyclable paper.

The essential AC: Air conditioners are in 87% of homes in the United States, costing the homeowner $265 per year, on average. Some homes can easily spend twice that.

With global temperatures on the rise, no one is giving up their AC. More people are installing air conditioners than ever before, especially in developing countries where the middle class can finally afford them. 15 years ago, very few people in China’s urban regions had air conditioners; now, there are more AC units in China than there are homes.

But AC has drawbacks: it’s expensive, and it takes a ton of electricity, which usually comes from fossil fuels, causing air pollution and global warming.

He hopes that people everywhere will wrap their houses in the cooling paper one day, reportsGood News Network. In addition to the cooling benefits, the paper doesn’t require any electricity, and it is 100% recyclable.

The paper can reduce a room’s temperature by up to 10 degrees Fahrenheit, making it a radical but effective alternative to today’s air conditioners, which consume a lot of power.

How to make “cooling paper”: I remember making paper as a kid by soaking newsprint, shredding it in the blender, and rolling the slurry flat while pressing out the water. Zheng’s technique isn’t any more advanced than my 4th-grade science fair project. Except instead of pressing flower petals into his pulp, he mixed it with the material that makes up Teflon. The “porous microstructure of the natural fibers” inside the cooling paper absorbs heat and transfers it away from the house.

Zheng even tried recycling his cooling paper to remake a new sheet and found that it didn’t lose any cooling power in the process.

“I was surprised when I obtained the same result,” Zheng said. “We thought there would be maybe 10 percent, 20 percent of loss, but no.”