Farmers in North Carolina are likely to wake up Saturday morning with a new option for growing crops: Industrial hemp production is expected to become legal at the stroke of midnight.

Lawmakers passed the legalization legislation in September, in the final days of the session. The proposal hadn’t previously been made public, and some conservative groups worry that questions about the plant’s connections to its cousin, marijuana, didn’t get answered.

The bill has been on Gov. Pat McCrory’s desk for weeks, and unless he vetoes it, it will become law without his signature at midnight Friday.

Lee Edwards of Sugar Hill Farms in Kinston is among the farmers eager to add industrial hemp to their fields.

Hemp really gives us a crop during the summertime that is a viable cash crop to us,” he said. We’re in a perfect geographical location for the production of hemp with our climate.”

Hemp hasn’t been legal in North Carolina in part because of a stigma: The plant is a relative of marijuana and looks similar. But hemp lacks much of the active ingredient that makes marijuana a recreational drug: Tetrahydrocannabinol, or THC.

To get high from industrial hemp, Edwards said, you’d have to smoke a joint the size of a telephone pole.” Consuming enough hemp to feel any THC-related buzz also results in the equivalent of taking two to three doses of a high-fiber laxative, research has shown. 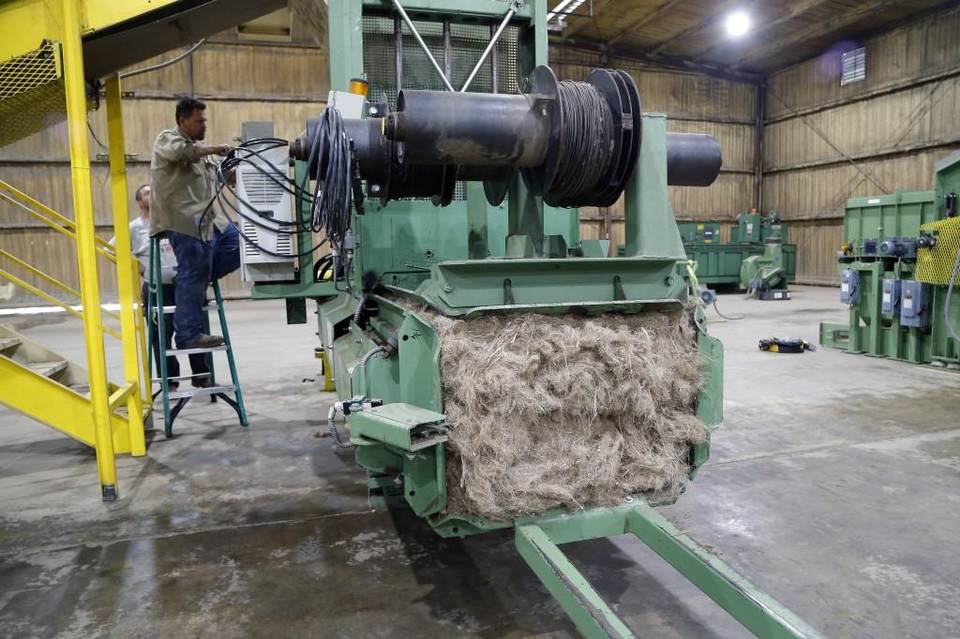 Workers do final assembly of a decortification line at the Industrial Hemp Manufacturing Company in Spring Hope, NC, on Wednesday. The facility hopes to begin full-scale operations when a bill becomes law at midnight Friday, without Gov. Pat McCrory’s signature. The law legalizes industrial hemp in North Carolina. Farmers are eager to grow the crop, which can be used in textiles, oil drilling fluid and other products. It has virtually no THC, the active ingredient in marijuana that is smoked. This group of machines separates the outer fibers from the inner core. The outer fibers are used in the textile industry, the core fibers are used by the oil and gas industry. The plant currently processes kanaf, a plant similar to hemp. It is used to make door panels in cars and trucks.

The N.C. Sheriff’s Association supports the legislation because industrial hemp farmers would need a permit, administered by a new state Industrial Hemp Commission under federal rules.

Getting a permit would make it easy for law enforcement to know where the legitimate growers were,” association director Eddie Caldwell said. If you don’t have a permit, then the assumption is going to be it’s the smoking kind.”

North Carolina is also home to one of the country’s only decortication plants, a facility that processes hemp to sell to textile manufacturers and other users. The multimillion-dollar plant is set to start production within months at a cavernous warehouse outside the tiny Nash County town of Spring Hope.

Hemp, Inc., plans to eventually employ 200 people at the facility. It will initially process kenaf, a similar plant that’s already legal, and shift to industrial hemp when farmers begin their first harvest.

There’s a lot more products that I can make” using hemp than kenaf, said David Schmitt, the company’s chief operating officer. Nobody wants to make a flag out of kenaf.”

In addition to its uses in fabrics, paper and car parts, the oil extract from industrial hemp can be used to treat epilepsy. A new North Carolina law, signed by McCrory in July, allows neurologists to dispense hemp, or CBD, oil to patients.

Schmitt says his company plans to eventually produce the oil in Spring Hope and will donate some of the product to patients who couldn’t otherwise afford it. 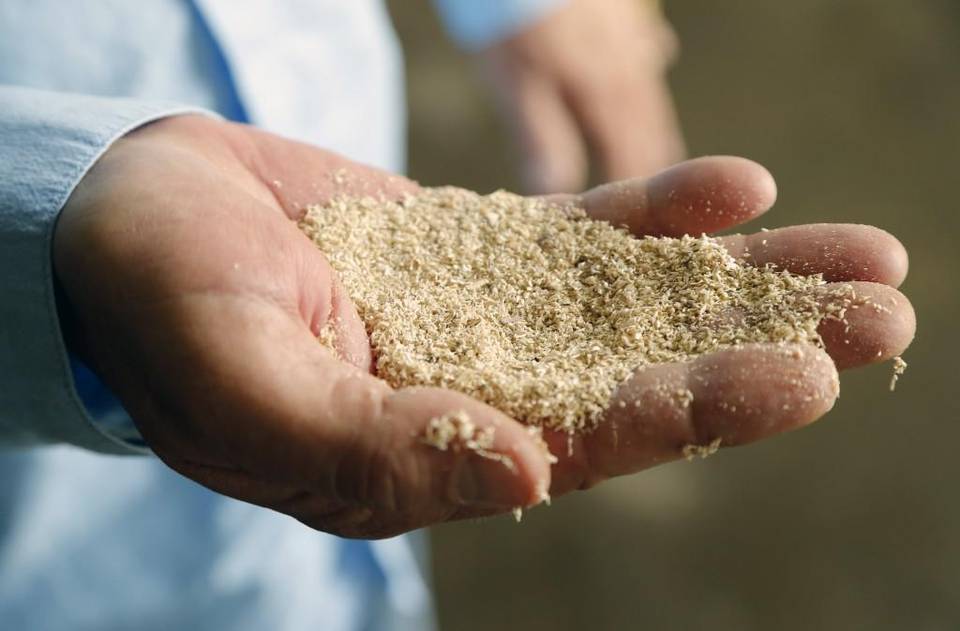 But not everyone is cheering the legalization of industrial hemp. Rev. Mark Creech of the conservative Christian Action League worries hemp could ultimately lead to marijuana legalization in the state.

What does this mean when farmers are able to grow industrial hemp and they get used to the profits, and then they start to think of the profits they might gain from the legalization of marijuana?” Creech asked.

Legislators showed no appetite for marijuana this year, with a House committee unanimously rejecting a proposal to legalize medical marijuana in March.

Creech said he didn’t get a chance to voice his concerns about hemp because the bill surfaced at the end of the legislative session and passed the House and Senate days later.

I think that we should have been asking a lot of questions rather than simply rushing that bill through,” he said.

Legislators presented the hemp bill as a job-creating measure, but Creech has another theory for the near-unanimous vote. I think that’s the result of Republicans who were too tired to ask the necessary questions or too tired to fight,” he said.

Even the N.C. Industrial Hemp Association, which was created less than a year ago to lobby for legalization, was surprised that only two senators and seven House members voted no.

It blew our minds,” said the group’s director, Thomas Shumaker. We were expecting it to be close.”

Shumaker, whose father is longtime Republican strategist Paul Shumaker, said the group deliberately planned for the bill to appear late in the session because we didn’t want it to get parked” in committee.

Instead, the House Rules Committee released the hemp legislation a few days before the legislative session ended, sticking it in a Senate bill that originally dealt with special license plates.

Thomas Shumaker noted that because the March hearing on medical marijuana resulted in a legislator getting assaulted, we worried that anything that had to do with the cannabis plant would get thrown out because of that reaction.”

Instead, the Hemp Association’s team of four lobbyists quietly worked the halls of the Legislative Building for months.

They sat down and talked to almost every single legislator and said to them, ‘hemp isn’t marijuana we’re for rope, not dope,’” Shumaker said.

If the hemp bill becomes law, as expected, the association will need to raise $200,000 to fund the creation of the N.C. Industrial Hemp Commission, which will regulate the crop.

Requiring private donations to fund a new state agency is unusual, but Shumaker said that helped get it through the legislature because we weren’t asking government to put tax dollars behind it.”

While dozens of farmers have voiced interest in hemp, Shumaker expects production will start small: Less than 50 acres likely will be planted in the first year, growing to about 1,200 acres in the second year.

We shouldn’t expect to see thousands upon thousands of acres,” he said. It’s hard to convince someone that growing a federally controlled substance in their fields is a good idea.”

Edwards, the Kinston farmer, says he thinks hemp will prove a profitable addition to his rotation of organic corn, soybeans and wheat. Because states are only beginning to legalize hemp farming, much of the country’s processed hemp is imported.

There’s a strong market,” he said. We’re pulling most of what Canada is growing, and they can’t keep up with the demand.”

How Hemp is used

More than 25,000 products can be made from industrial hemp, according to the North American Industrial Hemp Council. Among them:

? Car doors and other interior auto parts that would otherwise be made with plastics