Homebuilders are balking at a new labor law ruling that puts them on the hook for issues involving millions of subcontractors. Roofers, plumbers, electricians, framers are just some of the 25 categories of subcontractors used to build a home. The National Labor Relations Board (NLRB) could, in some cases, now deem them “joint employees” of the homebuilders.

“The homebuilding industry, which is primarily made up of small businesses who rely greatly on the work of subcontractors would overwhelmingly be harmed by the new standard,” said Tom Woods, chairman of the National Association of Home Builders (NAHB) in a release. “It will cripple small businesses across the country, including the homebuilding industry as it is in its fragile recovery.” 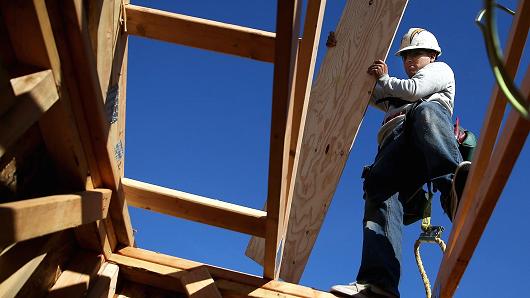 The revised standard is designed “to better effectuate the purposes of the [Joint Employment] Act in the current economic landscape,” according to an NLRB release, explaining the board’s decision, which fell along party lines with three Democrats affirming and two Republicans opposing. While the board declined a request for an interview, the release went on to say that the previous joint employer standard has failed to keep pace with changes in the workplace and economic circumstances.

The vast majority of home construction is carried out by subcontractors. While the larger, public homebuilders have more specialty workers on staff, they still contract a significant amount of their work out to subs.

“Are we concerned that this ruling might have some impact? I think we are alert to the ruling. We are aware that the Labor Department feels its mandate is broad, but we think that our business is highly differentiated from what’s being discussed in the current case or even extensions,” said Stuart Miller, CEO of Miami-based Lennar.

Among larger builders, a subcontractor could work for Lennar one day and Pulte the next, so it is still unclear how the new ruling would apply.

“Right now we are still evaluating it, and we are concerned when you overturn 30 years of precedent overnight,” said Ken Gear, an attorney with the Leading Builders of America, an association formed by some of the nation’s largest public homebuilders in 2009. “It does create uncertainty, and that’s never a good thing when you’re trying to run a business, but right now we don’t know how disruptive this could be.”

The NLRB’s ruling was based on a case in another industry, so it remains to be seen exactly how it would apply to the builders.

“It obviously depends on the facts of each case, but in the construction industry in particular, these kinds of relationships have been in place for decades, and so even before the test tightened in the 1980s not every contracting relationship in the building industry was considered a joint employer,” said Wilma Liebman, a former chairman of the NLRB.

Builders say they stand ready to fight the ruling as soon as a case arises, which they clearly expect will happen soon.

“If it is applied to the homebuilder sector … it is impossible to comply with and use the same business model that has been working successfully for 200 years,” said Jerry Howard, CEO of the NAHB.