Converting your house to solar is now cheaper than a new car.

Converting your house to solar is now cheaper than a new car.

Ten years ago, about $43,000 could cover your home’s rooftop in solar panels. Today the average gross cost is about $29,000 and the efficiency of converting sunlight into electricity has nearly doubled in that time.

This effectively makes the cost of an efficient solar roof lower than the average price of a new car in the US, which is now $33,560, according to Kelley Blue Book.

What’s more, this price tag doesn’t account for renewable energy tax credits and other government incentives, so the cost is likely even lower. 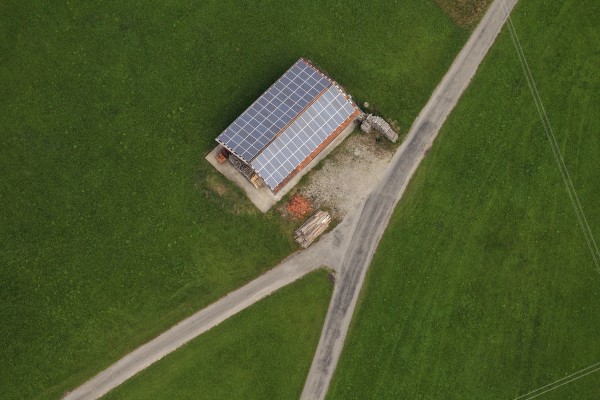 This number comes from the EnergySage Solar Marketplace Intel Report, which collected data from more than 10,000 installation quotes from about 2,000 consumers.

Solar still makes up a tiny part of the sliver of renewables that power the US, but consumer adoption has increased exponentially in the past decade. The solar industry, meanwhile, is poised to keep growing in the decades to come; efficiency keeps going up and prices going down.

Tax credits and government incentives can make solar more affordable than these numbers suggest. At the federal level, taxpayers can claim a 30% rebate for the cost of installing residential solar panels.

Many states offer rebates, too. New Yorkers, for example, can get a tax credit for 25% of their solar system up to $5,000. In Colorado, taxpayers who qualify can get up to $9,000 for installing solar panels.

EnergySage CEO and founder Vikram Aggarwal told Tech Insider that up to 6 million Americans are actively shopping for solar today, and more than 300,000 of them will end up installing solar panels this year. He thinks the US could hit 1 million homes with solar panels by February 2016.

Covering a rooftop in solar panels can now fully power some US homes, but not all of them. We’re getting close, though: Panels can provide 85% of an average home’s electricity demand, according to the report, and nationally, it takes about 8 years to pay back the cost of the system.

by Rebecca Harrington via techinsider.io