Boise’s geothermal heating system is the largest in the U.S., but experts say its success could be replicated almost anywhere.

In the early 1890s, when Boise, Idaho was booming thanks to a gold rush, a local water company discovered something else east of the city: hot water bubbling up from beneath the Earth’s surface. The company built a wooden pipeline to transport the water to a nearby neighborhood, providing heat for several homes and businesses. This marked the nation’s first geothermal district heating system, which is still in operation today. 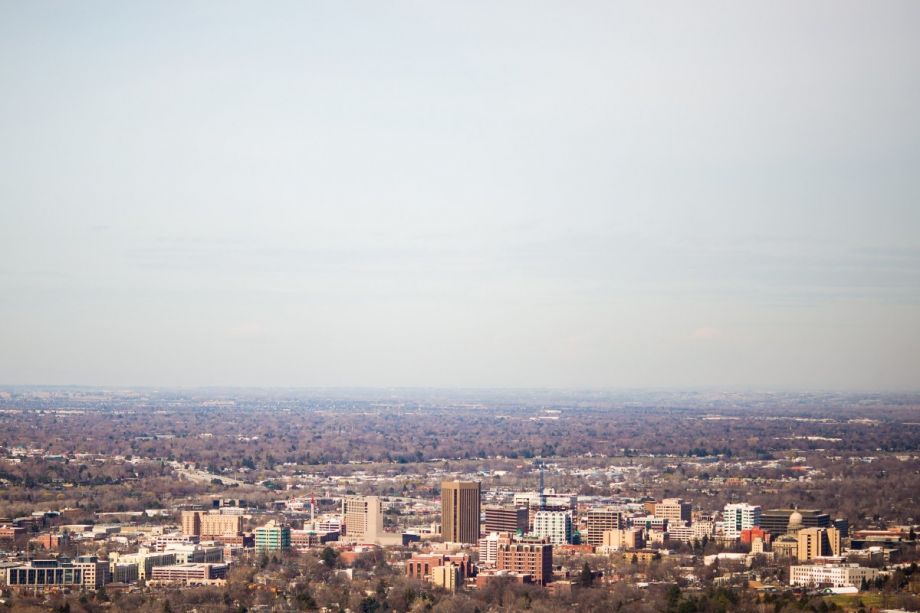 A century later in 1983, Boise developed another—much larger—geothermal district heating system for its downtown. Water from a naturally heated aquifer flows through a series of pipes underneath the city’s streets. The energy drawn from this water heats nearly 100 large buildings, including the city hall, banks, hotels, a convention center, and even the swimming pool at the local YMCA. The system serves a third of the downtown area, equivalent to more than 6 million square feet.

When Boise first installed its downtown heating system nearly four decades ago, “it was a pilot project,” Jon Gunnerson, the city’s geothermal coordinator, tells Next City. “Nobody knew how successful it was going to be.” Today, it is the most prominent and successful example of geothermal district heating in the country. “We’re heating the big buildings downtown, and we see a huge benefit of offsetting the energy that these large buildings would use,” Gunnerson says.

Geothermal energy harnesses the heat stored in rocks underneath the Earth’s surface. The Earth’s inner core is about 10000 degrees Fahrenheit—about as hot as the surface of the Sun—but even a few miles below the surface, temperatures can soar to well above 200 F. A fraction of this heat would be enough to satisfy the world’s energy needs. Although other renewable sources of energy, like wind and solar, have garnered more attention, geothermal energy has an important advantage over them. While solar and wind energy ebb and flow with the conditions, the Earth’s heat doesn’t fluctuate. “It’s always on, always available. It’s a 24/7 resource,” says Amanda Kolker, a geothermal geologist at the National Renewable Energy Laboratory.

Although geothermal energy can be used to generate electricity, Kolker says that it holds more promise for “direct use,” especially district heating. Geothermal electric plants require extremely high temperatures, but district heating systems like Boise’s need only what the geothermal industry calls “low temperature” heat, which is anything below about 300 F. “The distance to [these temperatures], it’s not far; we’re talking a couple of miles deep,” says Gunnerson.

Boise, for example, has dug three wells, ranging from 400 to 800 feet in depth, to capture water from the aquifer. The water, which has been heated by radioactive rock decay in foothills northeast of the city, is approximately 175 F. Once the water flows through the wells, it is piped to the downtown area, and the buildings connected to the heating system extract about 50 degrees F of heat from the water. Afterwards, the water is injected back into the aquifer, where it is reheated and can later be collected again.

“One thing that always surprises people who come and take a look at our system is the simplicity of it,” Gunnerson says. “Our geothermal program isn’t much more than a sophisticated irrigation system. We just have a small well, and we’ve got a small pump on it. It doesn’t take much energy. It pumps the water out of the ground and runs it through a network of pipes. And we have another pump that’s a little bit larger that injects this water back into the aquifer.”

Boise’s system is entirely renewable. It requires no fossil fuels, and because the water is constantly recycled in the aquifer, the system sustains itself. It is also relatively cheap to operate. Gunnerson says that his annual budget to heat all the buildings is about $750,000. Boise can also connect more buildings without much added cost.

“We’re limiting carbon emissions, we’re providing a sustainable energy, long-term,” Gunnerson says. “We’re also providing local energy, something that doesn’t have to be outsourced from overseas or a long-distance away.”

That’s not to say that it was simple for Boise to install its heating system in the 1980s. At the time, the downtown area had already been developed, so the city had to open up streets and lay down new pipelines to connect buildings to the new heating system. But Gunnerson says that the Boise community was “supportive” of the initiative.