Are bladeless turbines the future of wind energy?

Are bladeless turbines the future of wind energy?

The current three-blade spinning turbine design is the pinnacle of achievement when it comes to wind energy.

definitely not even close… haven’t even begun.

Researchers and entrepreneurs across the world are working on bladeless and otherwise bird-safe turbine designs. It’s a pretty big stretch to suggest that these turbines are currently ready for prime time, making conventional turbines unnecessary, but advocates suggest these alternatives may offer significant improvements over their current, spinning wheel counterparts. 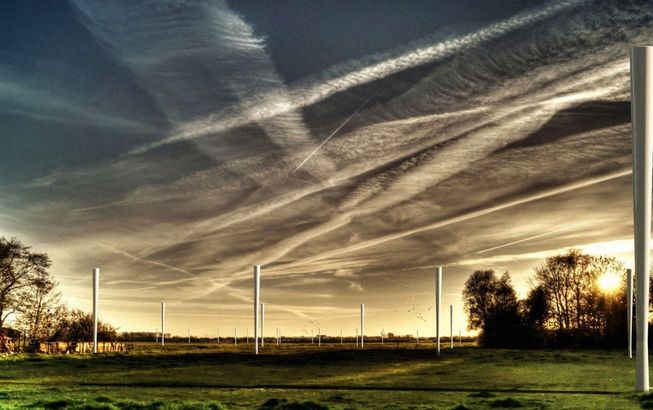 Spanish company Vortex Bladeless is one of the companies that has been making headlines with its bladeless, gearless, bearingless vertical wind turbine that its founders claim will, in addition to protecting birds and bats, significantly reduce the manufacturing and maintenance costs associated with conventional wind power (by 53 percent and 51 percent respectively).

According to the MIT Technology Review, the company has already raised over $1 million in investor capital, and it also recently undertook a successful crowdfunding campaign to create a commercial pilot for its first product: A small scale bladeless turbine designed for use in developing countries.

A new form of wind power

The company has generated a lot of interest in its concepts, thanks in part to coverage in publications like Wired. The buzz is due to the fact that Vortex Bladeless is designed to harness wind energy in an entirely different way to traditional turbines. Instead of using blades to capture the wind’s energy through a spinning motion, the Vortex uses what’s known as vorticity, an aerodynamic effect that happens when a fluid meets a solid structure producing a pattern of spinning vortices. (The famed collapse of the Tacoma Narrows Bridge was an example of vorticity, and was actually the inspiration behind The Vortex.)

In prototype form, the turbine consists of a fiberglass carbon fiber cone that vibrates when wind hits it. At the base are rings of repelling magnets that pull in the opposite direction to which the wind is pushing. Electricity is then produced via an alternator that harnesses the kinetic energy of the vibrations.

Overall, its makers say the Vortex will produce less energy than a conventional turbine (about 30 percent less to be precise), but because you can fit twice as many in any given area, and because the costs are about half that of a traditional turbine, its hoped that the overall impact will be a net positive in terms of ROI, and that’s before you take into account benefits like the lower cost of capital making it more accessible for individual installations, or the fact that bird and bat deaths would no longer need to be taken into account when siting such turbines.

As with any new technology, however, it’s important not to get too carried away before full-scale field trials prove that the concept is technically and commercially viable. Already, some experts are questioning the assumptions behind The Vortex. In MIT Technology Review’s coverage of the company, several wind energy researchers suggested that large-scale applications may run into challenges.

In the aforementioned article, Sheila Widnall, an aeronautics and astronautics professor at MIT, suggested that there’s a fundamental qualitative difference between the vorticity produced at small scale, and at low wind speeds, and how wind would behave at higher speeds and with larger turbines:

With very thin cylinders and very slow velocities you get singing telephone lines, an absolutely pure frequency or tone. […] But when the cylinder gets very big and wind gets very high, you get a range of frequencies. You won’t be able to get as much energy out of it as you want to because the oscillation is fundamentally turbulent.”

She also questioned whether the “silent” operation promised by the company would actually turn out to be a reality. The wind itself, when oscillating, will create significant noise in a wind farm made of Vortex’s. It would actually sound like a freight train, she suggested.

One of many potential innovations

The Vortex is just one of many different wind energy concepts that are in active development and whether or not it comes to fruition remains to be seen. One thing is certain: While current wind turbine technology is already beating many experts expectations in terms of how quickly it would scale up, we can safely assume that there is always room for improvement. The fact that engineers, inventors and entrepreneurs across the world are exploring different ways to harness the wind’s energy should be an encouraging sign that renewable energy’s already bright future is likely to only get brighter.

While it’s true that there have been concerns about wind turbines killing birds and bats, better siting away from migration routes and prime raptor habitat, combined with improved designs that do not provide roosting spots for raptors, mean that many experts no longer see the issue as an either-or dichotomy between fighting climate change and protecting birds. Indeed, leading U.K. bird charity The Royal Society for the Protection of Birds (RSPB) was so confident that wind energy and birds can coexist that it has erected a 100-meter high wind turbine at its headquarters, and is partnering with clean energy companies to sell renewable energy to its customers.