This streamlined structure is inspired by earthships and by the homes of local indigenous peoples. 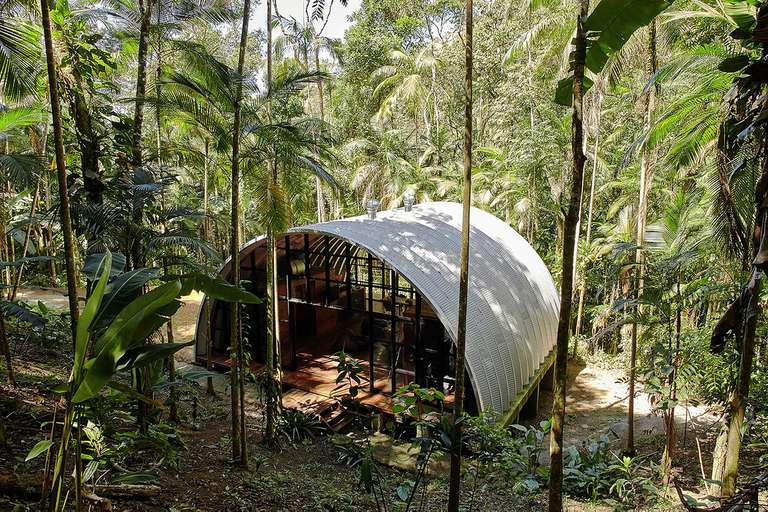 Near the Perequé waterfall in one of Brazil’s national parks, Parque da Bocaina, architect Marko Brajovic has built a reinterpreted earthship of sorts, designed for the tropical environs of the Atlantic Forest ecoregion. It’s not an earthship by traditional design, but earthships inspired the house.

Named the ARCA House, the structure doesn’t have rammed earth in it per se, and it looks something like a cross between a metal-shelled aircraft hangar and a futuristic barn, but as Brajovic explains, it’s inspired by traditional structures built by local indigenous peoples:

“ARCA was named by the locals as it came as a ship in the middle of the Brazilian Atlantic Forest. If fact, on a more anecdotic level, it’s an earthship project, that comes from a wish to mimic a specific Brazilian indigenous house typology (Asurini, Médio Xingu) and be a stand alone object with minimal impact to the surrounding.” 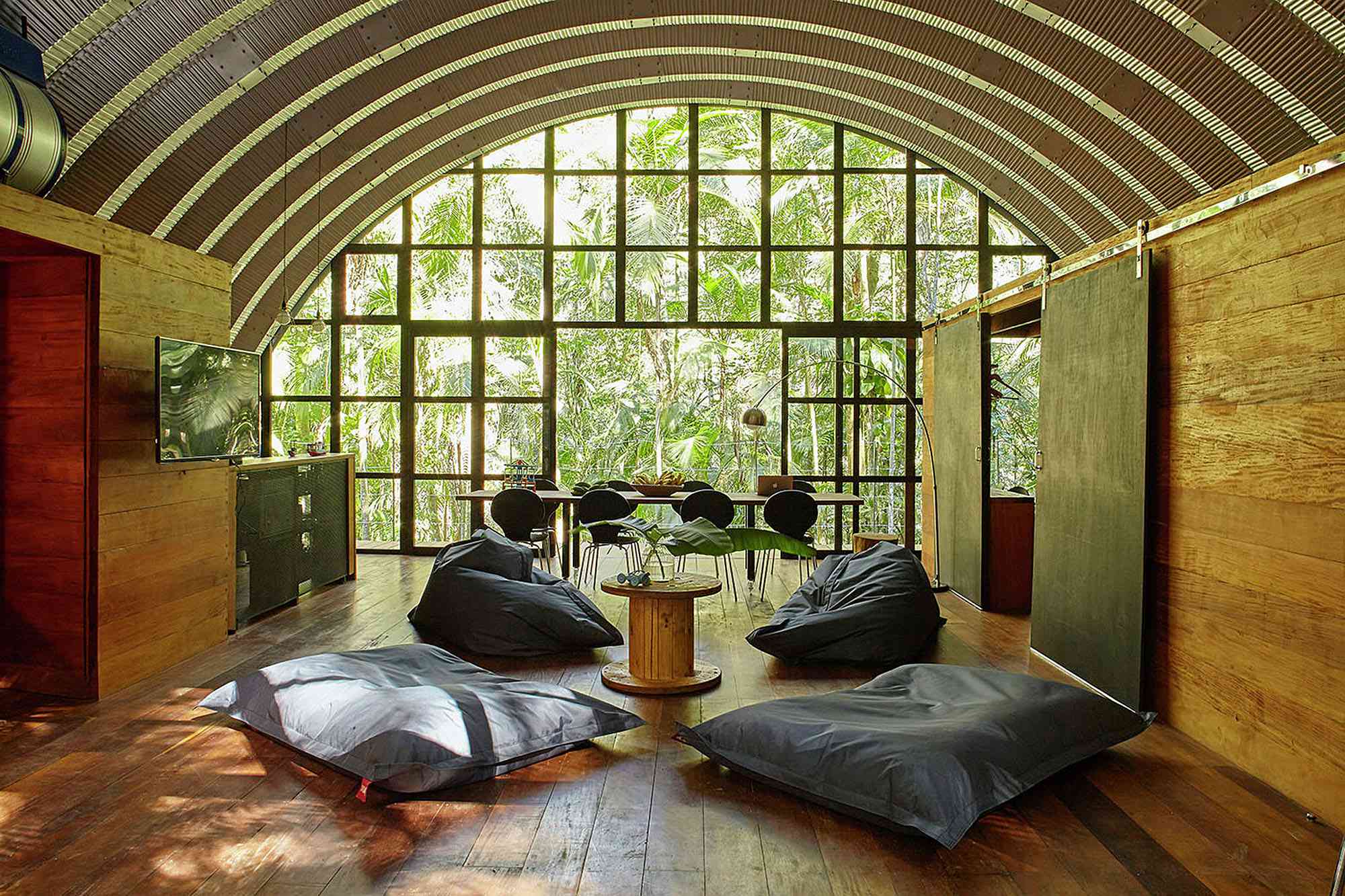 The ARCA House is a two-bedroom residence that can be rented by one or two couples and their children for the weekend, or for a nature-infused getaway or professional workshop. Its 1,400-square-foot interior includes a fully equipped kitchen, bathroom, and open space that could be used for meetings, or creative ateliers.

In addition, the bedrooms are flexible spaces that can be transformed into temporary “production rooms” by converting the beds into couches.

Thanks to the use of Galvalume (a durable and oxidization-resistant combination carbon steel, aluminium, and zinc) its the ARCA House’s interior is intended to be a streamlined structure, as its roof, sidewalls, and finishes are integrated into one smoothly arcing and self-supporting form, thus minimizing its impact on the site, as well as construction waste. Its more open, glazed facades maximize natural cross-ventilation, so no air conditioning is needed. Any wastewater produced by inhabitants will be processed with a biodigester. Says Brajovic:

“The house was built from top down, as tropical architecture suggests; the roof was set up first and then the rest of the house was built under it. [..] After the shelter was built, the wooden deck was installed and then we conceived the interior of the house. With those functional parameters completed, taking into a account environmental inputs, such as wind, sunlight and views, we de ned the orientation and the final interior design.”

The timber components of the interior walls are only 1.18 inches thick, as they are internally reinforced by steel bars that put those parts of the structure in compression.

According to the architect, the home’s modules were set up in only one week, and are designed to be easily disassembled and rebuilt on a new site if needed. The idea is to provide a place for professionals and families to recharge in the beauty of nature while staying in an earthship-inspired dwelling that is optimized for the tropical forest of this region.