A month without water: In Jackson, Mississippi

Struggling residents fear next outage
Some water mains in Mississippi’s largest city are as fragile as “peanut brittle,” creating a recipe for widespread outages during harsh weather.

JACKSON, Miss. — The power was out, the temperature was in the low 20s and the roads bordered on impassable when Vince Gordon lost water at his south Jackson home in mid-February.

His family hunkered down with a generator, and the reserve of water they’d bought in preparation for the winter storm. By the end of the week, the ice had thawed. But when they checked the faucet, nothing came out.

For much of the city, it stayed that way for three weeks. And although Jackson announced Friday that most of the city’s water service had been restored, the crisis isn’t over. 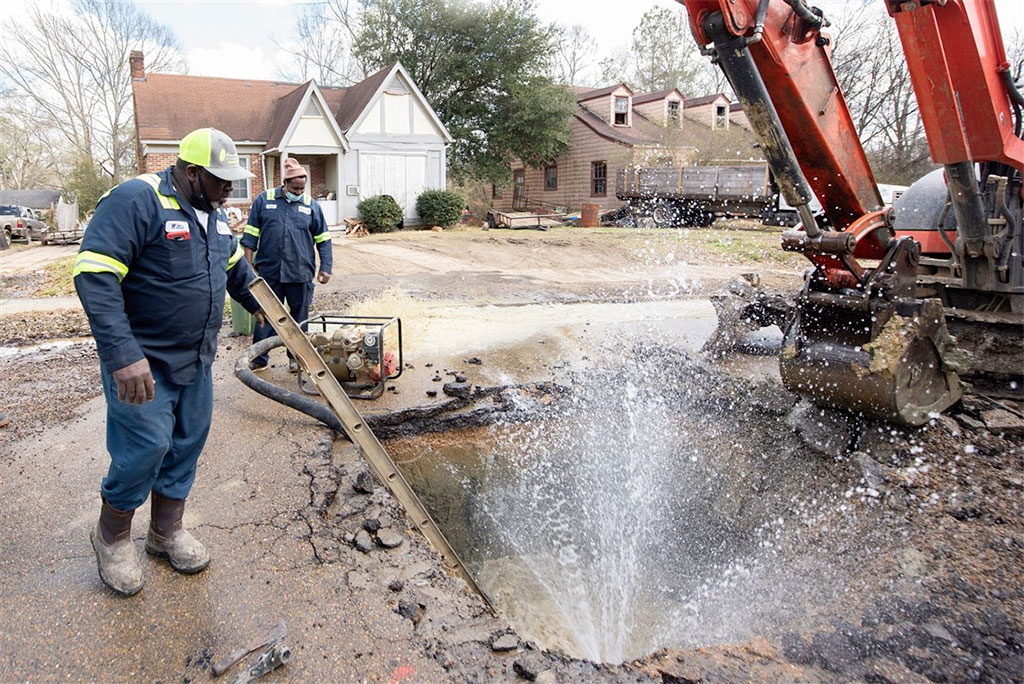 At the Global Connection Learning Center, a day care serving 59 children, there’s still tape over the sinks to make sure children don’t use them, as much of Jackson remains under a boil-water notice. Staff members wash the toddlers’ hands and the center’s dishes with bottled water instead. Nancy Sylvester, the center’s director, takes bibs and cot covers to her home in nearby Clinton to launder them.

At the height of the crisis, at least 40,000 residents in Jackson and neighboring Byram were estimated to have lost water service. While locals are no longer melting snow or collecting rainwater in buckets to have the ability to flush toilets, officials have not yet been able to prove that most of the city’s water is safe to drink. For many residents, frequenting water giveaways has become a part of their daily routine.