4 Construction Trends to be Aware of

While issues such as the labour shortage will no doubt persist for some time, these concerns should be partially offset by a slew of innovations and adaptive techniques that will finally help the construction industry regain its footing. Here are a few of the most exciting trends to look forward to. 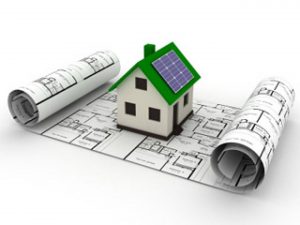 1. Prefabrication: Assembles and Sub-Assemblies Transported to the Construction Site
One such example of how companies are saving time and labour cost is through prefabrication, an increasingly popular technique whereby individually assembled components of a construction project are brought together to the final site. Indeed, it makes for a cheaper, faster building process. Instead of each wall, window, and load-bearing support being carefully built from the ground up, the construction is simply piecing together the parts.

Because prefabricated parts can be put together anywhere, obstacles such as storms, or even prolonged seasonal weather (in Canada, that could include November all the way to April or May), are no longer an issue. Less common issues like vandalism and theft, as well as wasted parts, are also all but eliminated.

It’s a little inaccurate to just think of BIM as blueprints on a laptop; the software is frequently used now in every step of a project from the first financial sketches to the continued operations of the completed structure.

BIM, especially when used in tandem with related software such as laser scanning technology, has the potential to virtually eradicate such issues as poor building foundations and wasted time and paper (no more erasing and drawing on a weathered blueprint for weeks on end).

In a nutshell, it offers a complete and doubt-free scope for the preparation, presentation, selling, and construction of a building that two-dimensional images could never come close to.

3. Going Green: Demand for Environmental Construction Finally Catches Up
As both provincial governments and Ottawa push for an environmental overhaul, the construction industry looks poised to do its part and go green. For some time, the ecological (not to mention pure aesthetic) benefits of green architecture were at odds with higher costs and a learning curve for the industry.

It appears demand for environmentally friendly residences and commercial buildings is finally winning out. This innovation includes buildings both literally going green—forthcoming projects in cities like Toronto and Vancouver will be blanketed in plants and trees—and simply including energy-saving technologies.

The benefits here are obvious: pollution and environmental degradation are curbed, ecosystems are less affected, natural resources are rationed, operating costs are cut, and the building literally becomes healthier to reside in, thanks to better air and water quality.

4. Luxurious Remodels Get a Boost, Too
Finally, thanks to a number of factors, including the aging of millennials who may finally be getting settled in their own homes, technology such as virtual reality, and a push towards low-maintenance living (among those who can afford it), significant remodeling is looking to see a notable rise in the coming months. One can hope that this effect will soon permeate even more Canadian residences; it’s a safe bet we’ll soon see a major influx of calls for kitchen and living room upgrades.

Pangea Builders can get your permit and build for you anywhere in the USA.

Pangea Builders can get your permit and build for you anywhere in the USA.