10 Flowers To Grow With Vegetables

Companion Planting: How To Deter Pests and Encourage Beneficial Insects

Flowers among the vegetables are more than just a colourful addition. They attract pollinating insects to fertilise the flowers of beans, peas, tomatoes and all those crops that depend on pollination to produce a crop.

In some cases they may act as a decoy or a repellent to harmful insects such as aphids. Some are beneficial to and attract predatory insects such as ladybirds (ladybugs), wasps and hoverflies. These are particularly useful in controlling pests naturally without your intervention.

Some also act as soil improvers: either by fixing nutrients in the soil or acting as green manures if dug into the ground at an early age. Some just look pretty, attract the bees and provide some lovely blooms for cutting for the house. 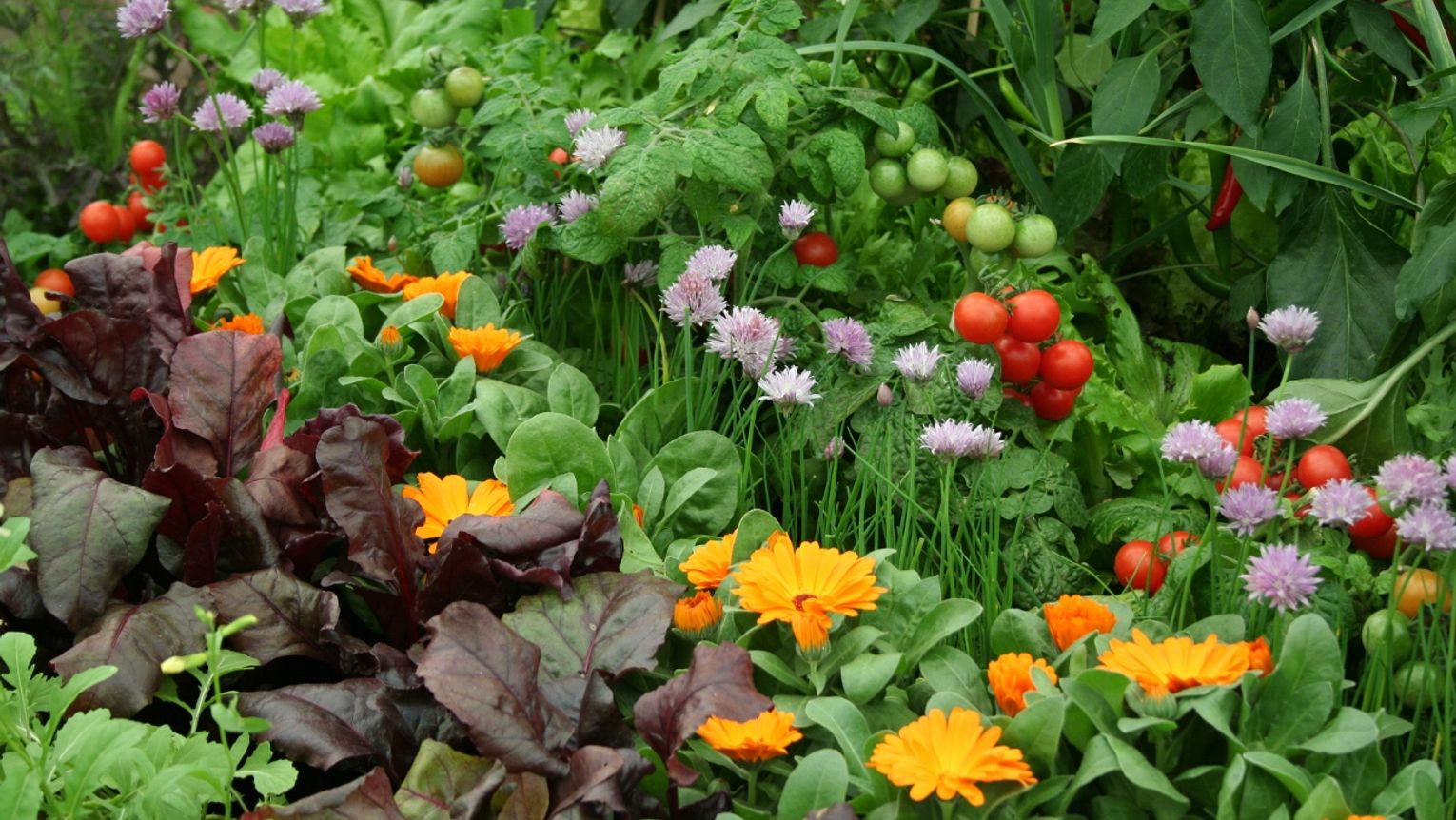 1. The hardy pot marigold, calendula looks at home in the vegetable garden or alongside vegetables in raised beds or containers. The petals can be used as a lively addition to salads.

Bees and other pollinators will visit for the nectar and pollen. Grow single flowered varieties and allow it to seed itself. It is a hardy annual so will pop up year after year on most soils. 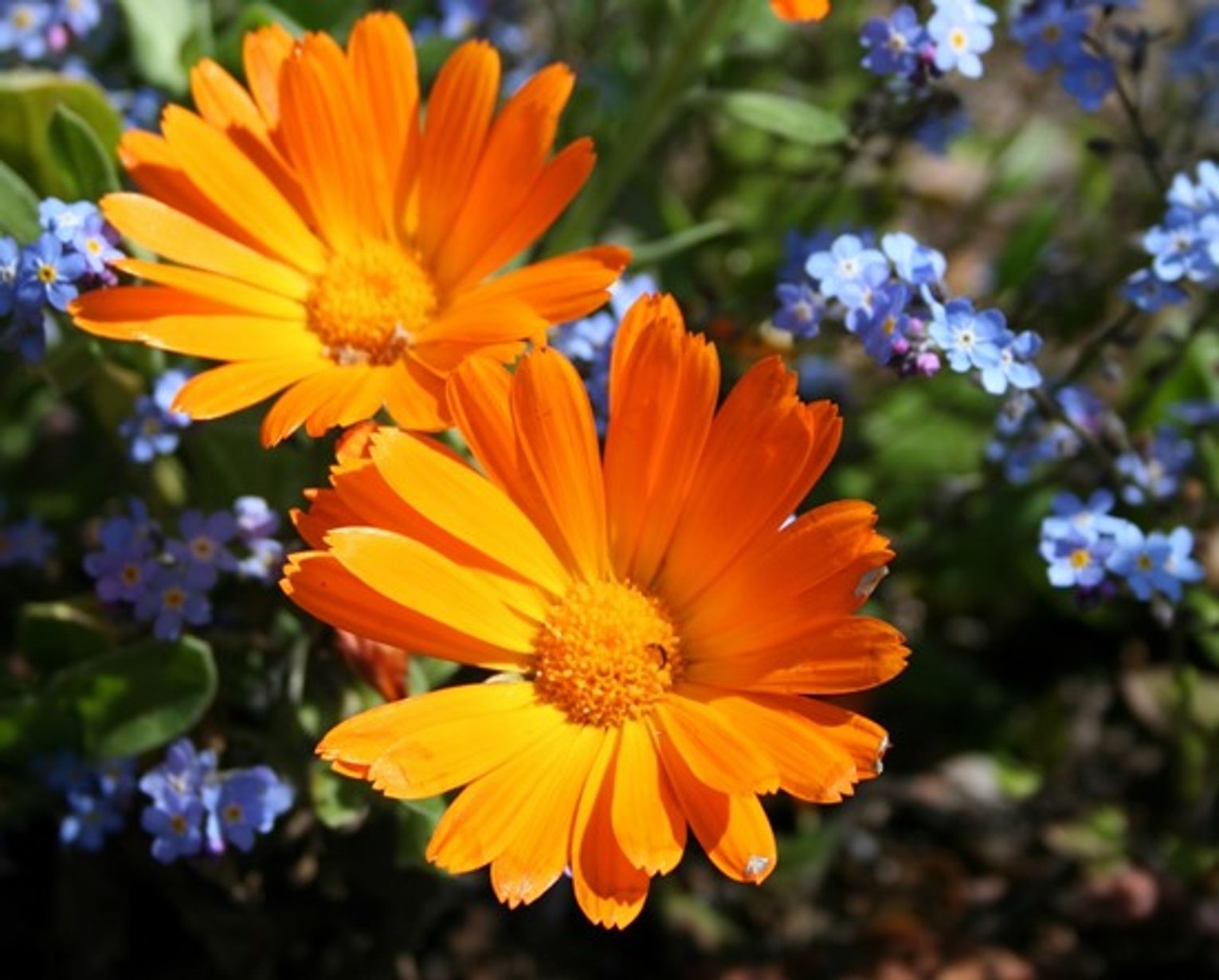 2. Nasturtium always looks at home amongst vegetables, especially later in the year. Both flowers and leaves are edible, as are the seeds which are sometimes used pickled as an alternative to capers. Visited by bees it is also a magnet for caterpillars, so a good indicator plant. 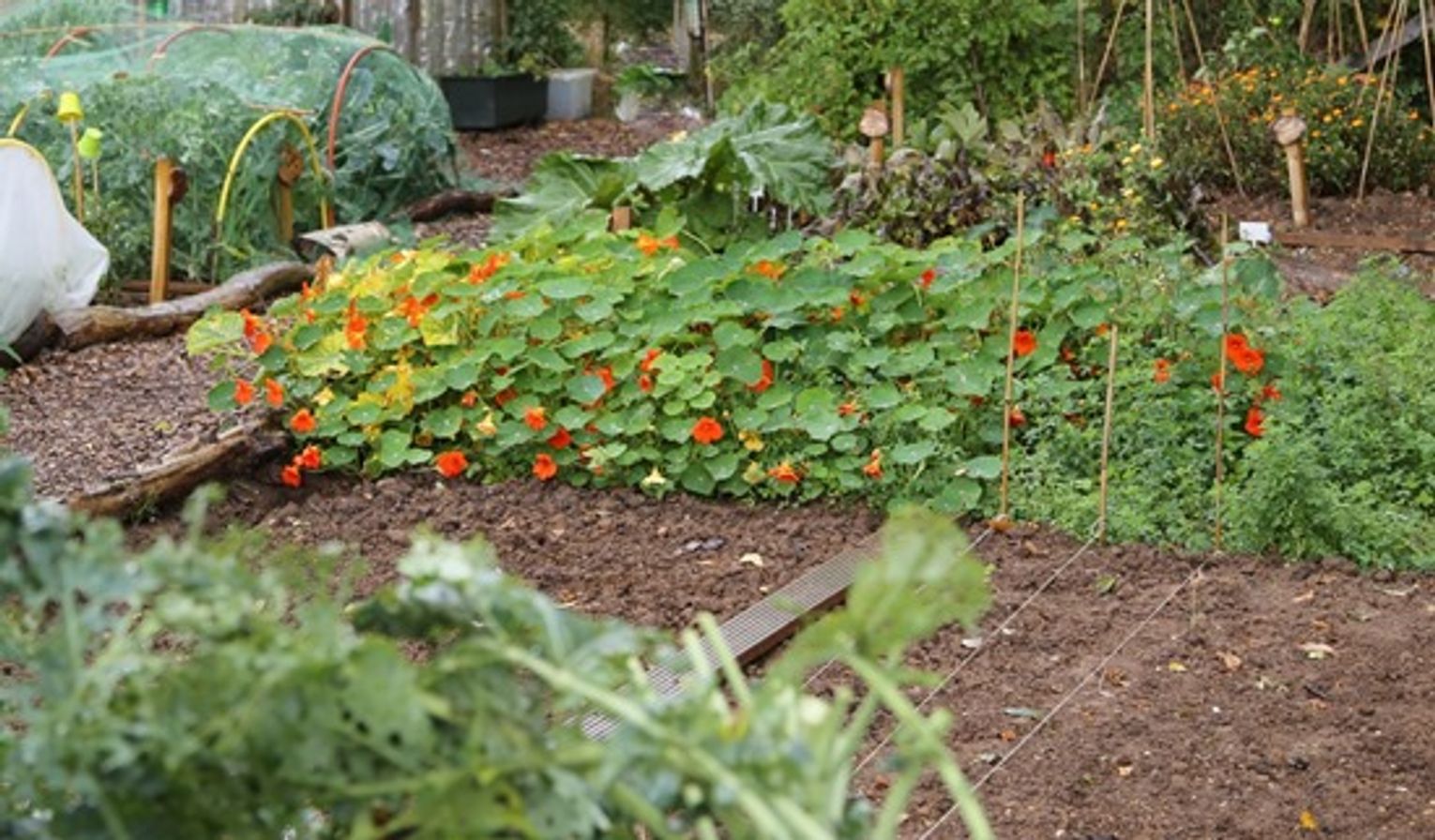 It forms a low cushion of feathery foliage smothered in shining flowers. Bees swarm to it, as do hoverflies which will prey on those pests. 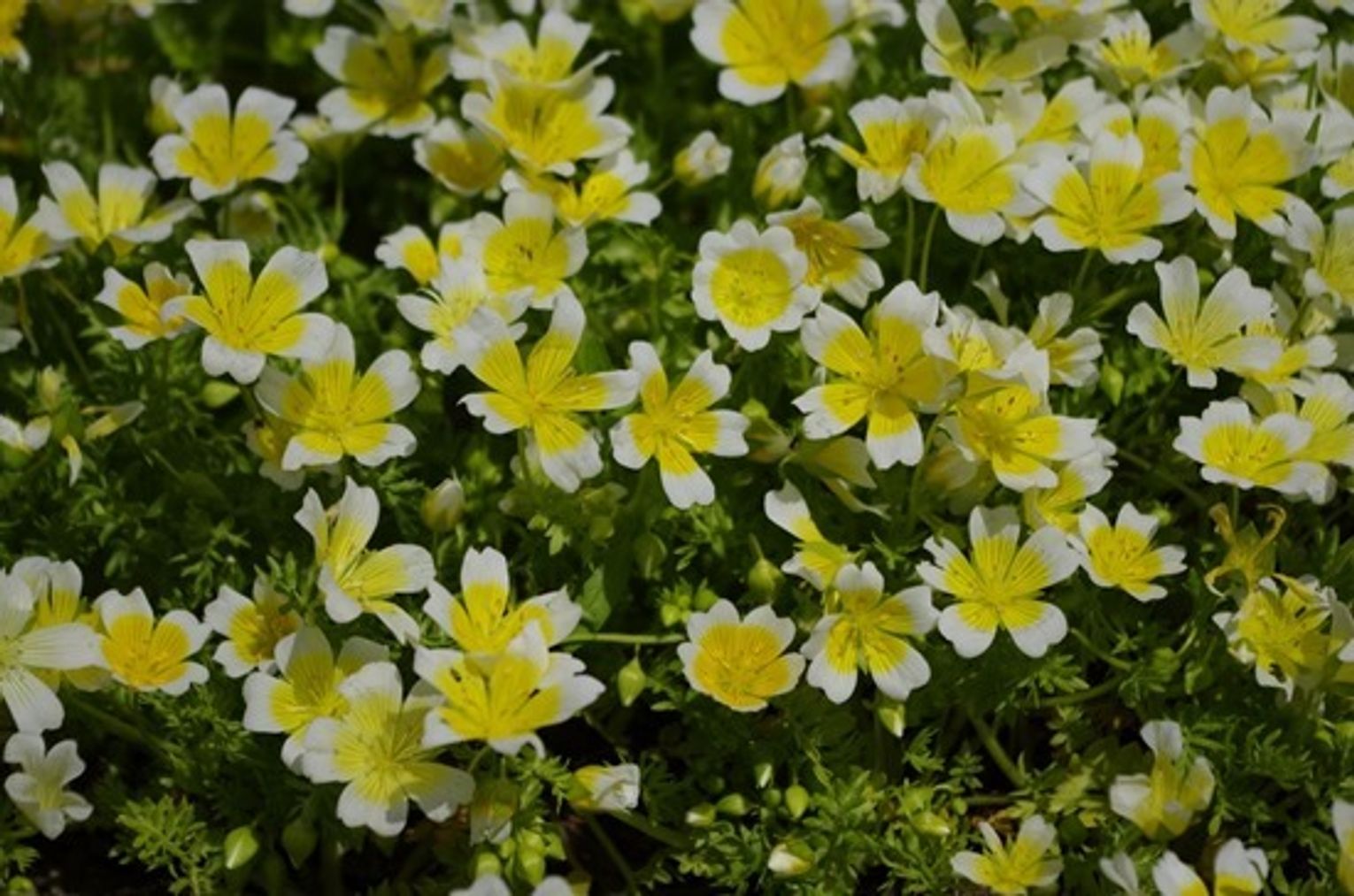 Camomile fits in anywhere in the open ground, raised beds or containers. You can use the flowers to make a fragrant, sleep-inducing infusion. 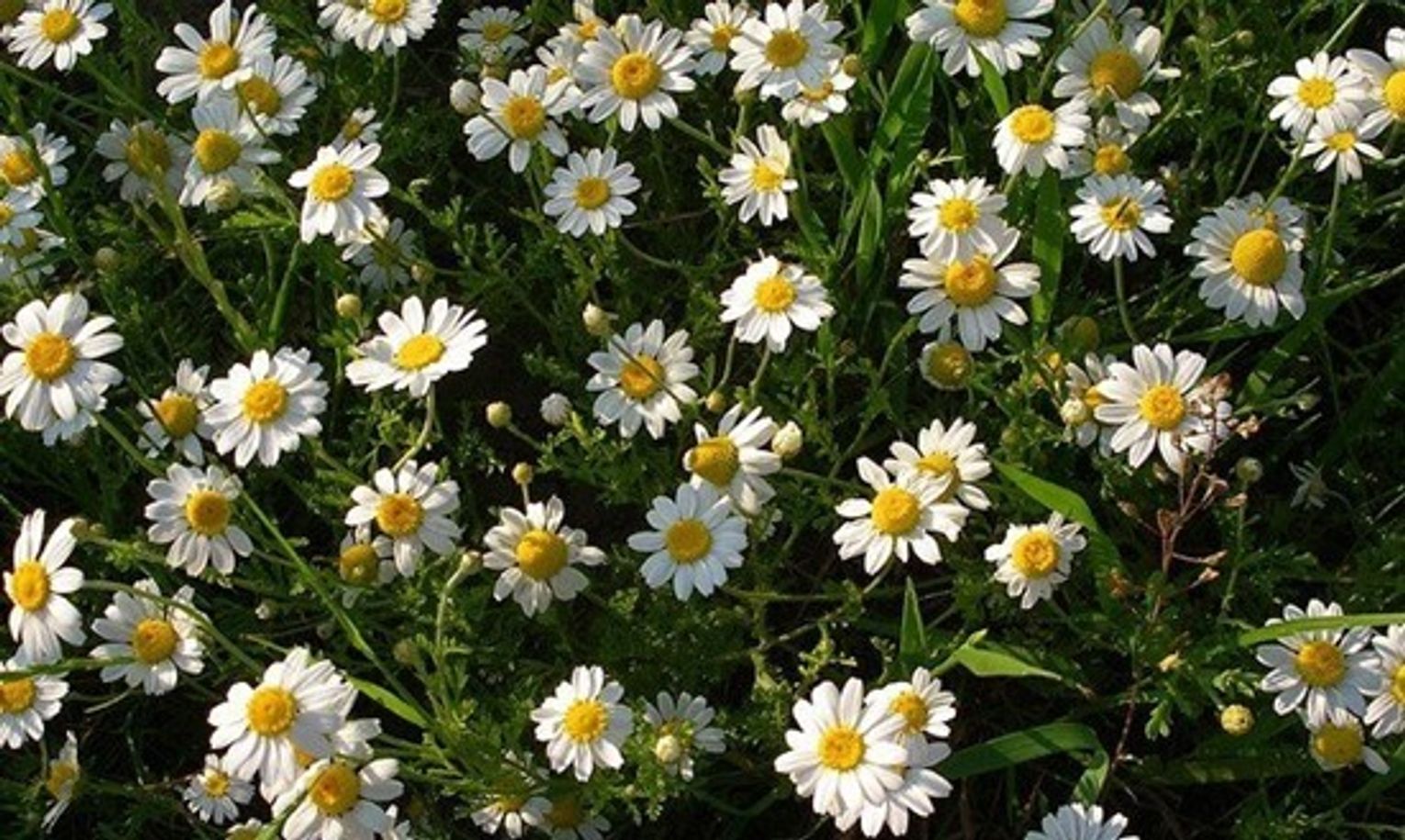 5. I’ve mentioned the prairie flower giant hyssop, agastache many times for its spikes of blue flowers in late summer. It is not often recommended as a flower for the vegetable garden, but it is a magnet for bees and looks lovely with orange and yellow marigolds. 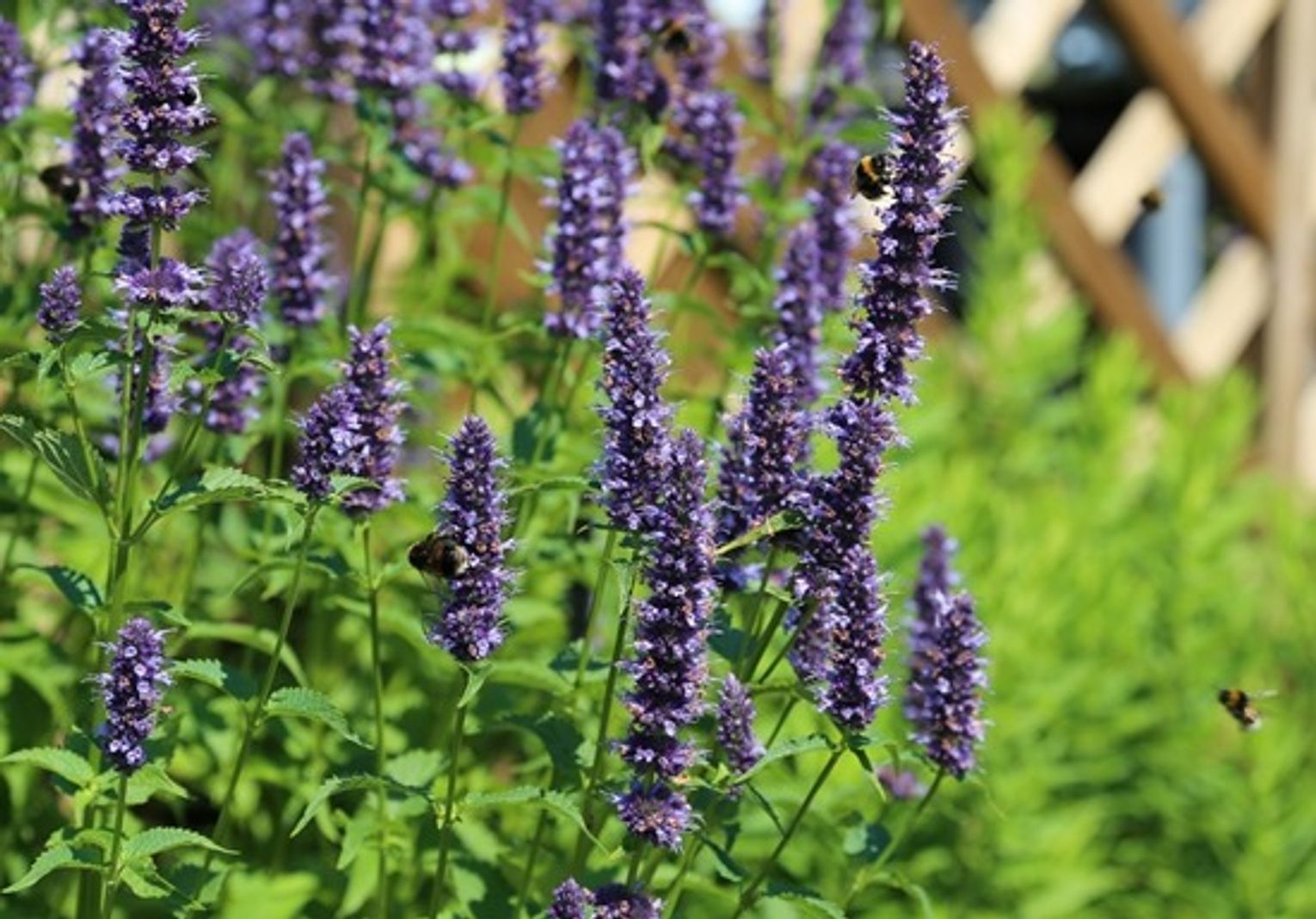 6. French and African marigolds are used to deter aphids, they contain some natural pyrethrins. They are also pungently aromatic and are supposed to repel nematodes in the soil.

They attract hoverflies which prey on the aphids and the single and semi-double varieties seem to be popular with bees. 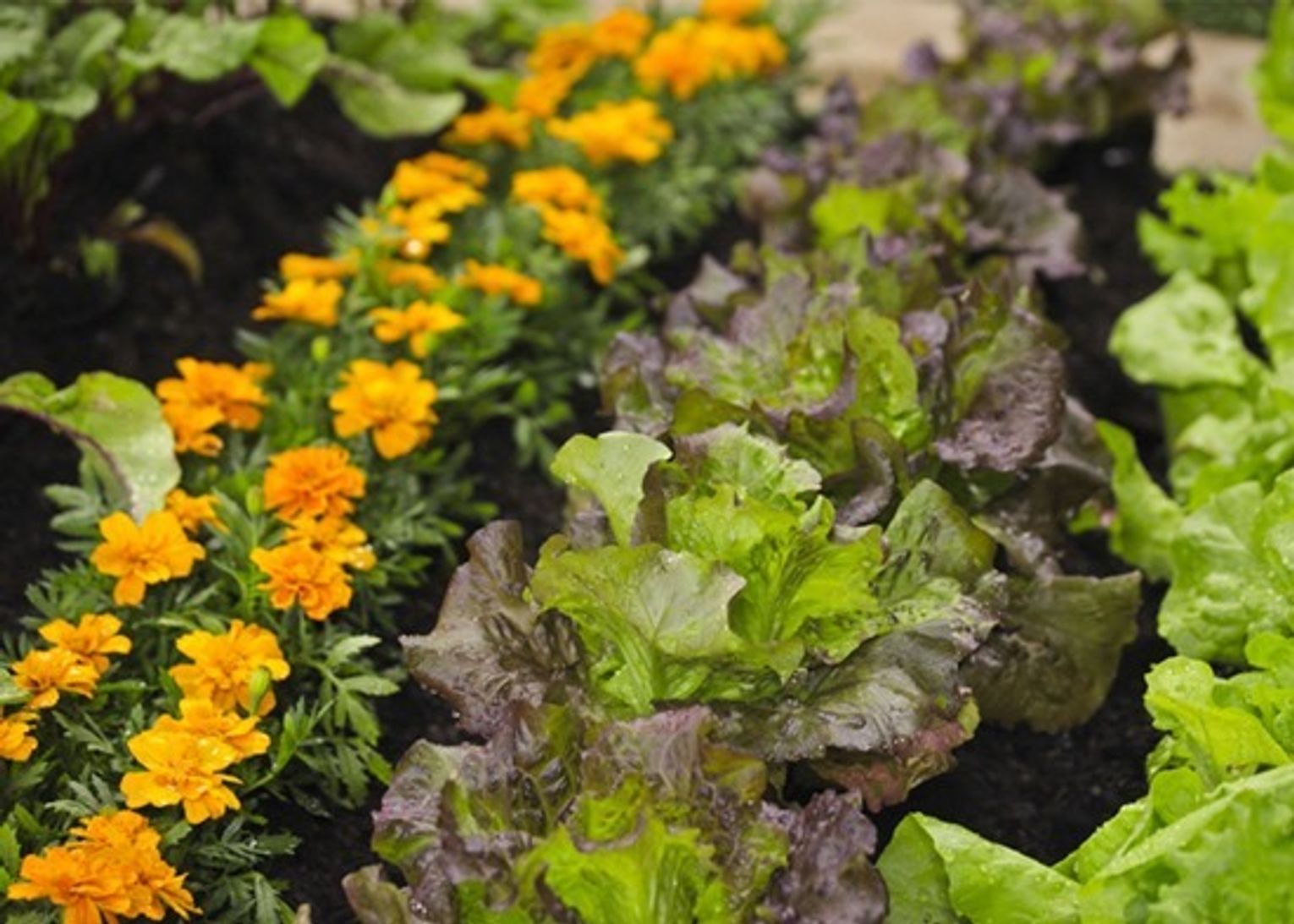 7. Phacelia, sometimes called scorpionweed, can be grown as a green manure; in other words you dig the green plant into the soil as a fertiliser. 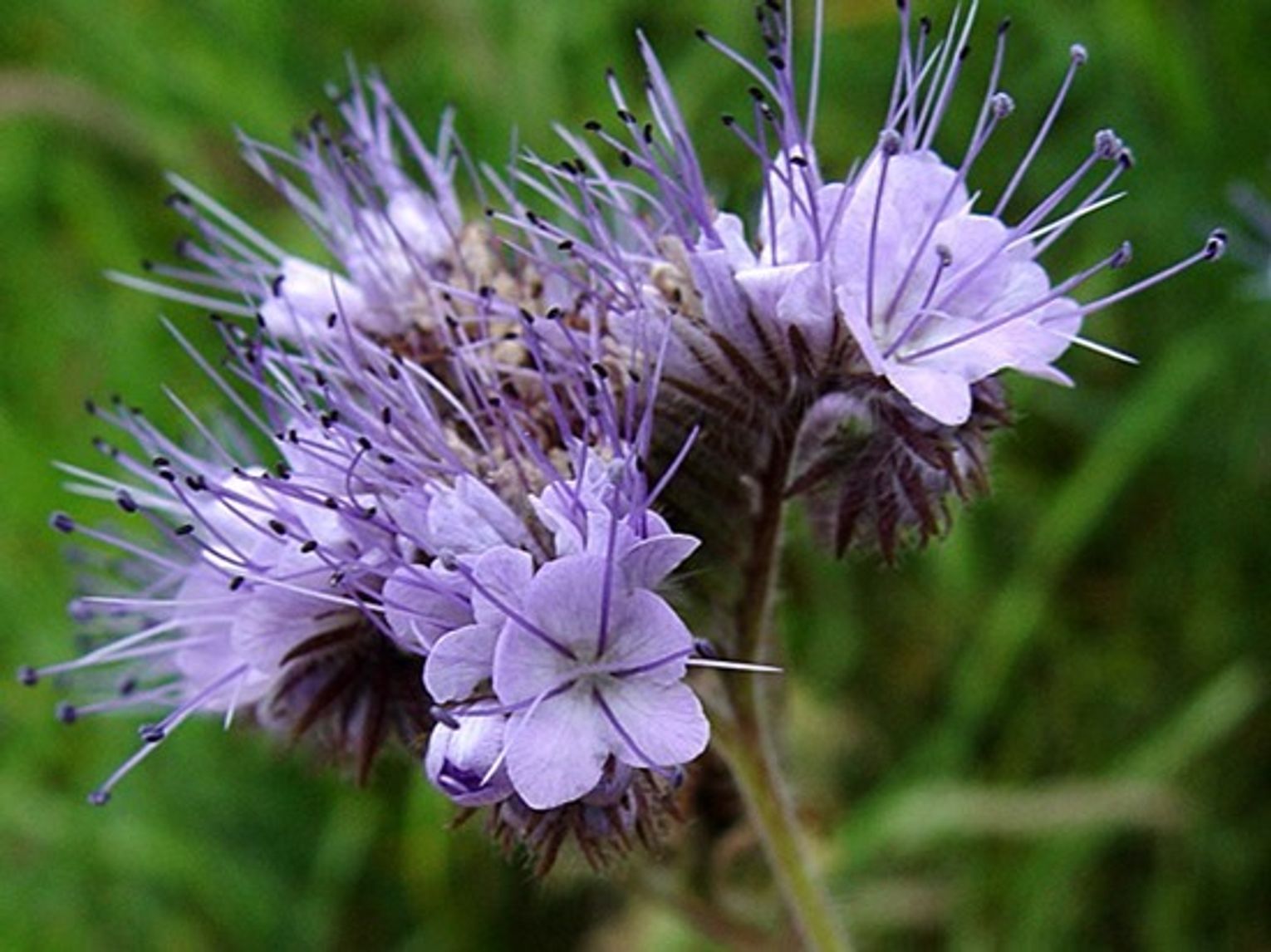 8. Clover is a legume, in other words it is in the same family as peas and beans. This means it has nodules on its roots which contain nitrogen-fixing bacteria.

These fix atmospheric nitrogen providing food for the plant. Used as a green manure, or if the roots are left in the ground it feeds the soil. Clover is widely used in organic farming.

Red clover looks lovely and its prevalence as the nectar source for honey is testament to its attraction to pollinators. 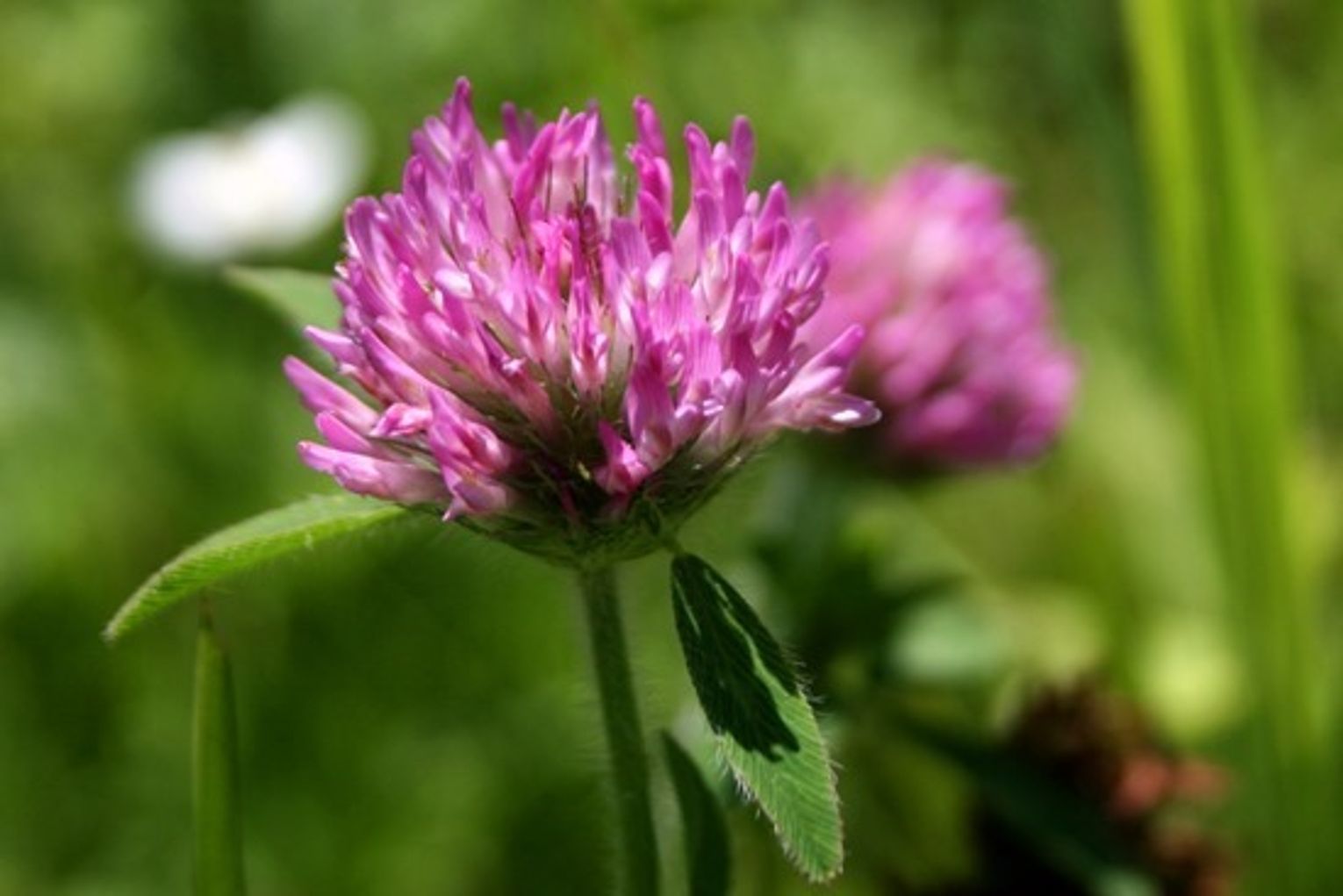 9. Cosmos is an easy hardy annual to grow with feathery foliage and beautiful single or semi-double blooms that are superb for cutting.

Bees, other pollinators and butterflies love it and it is particularly useful later in the season to attract pollinators to your runner beans and tomatoes. 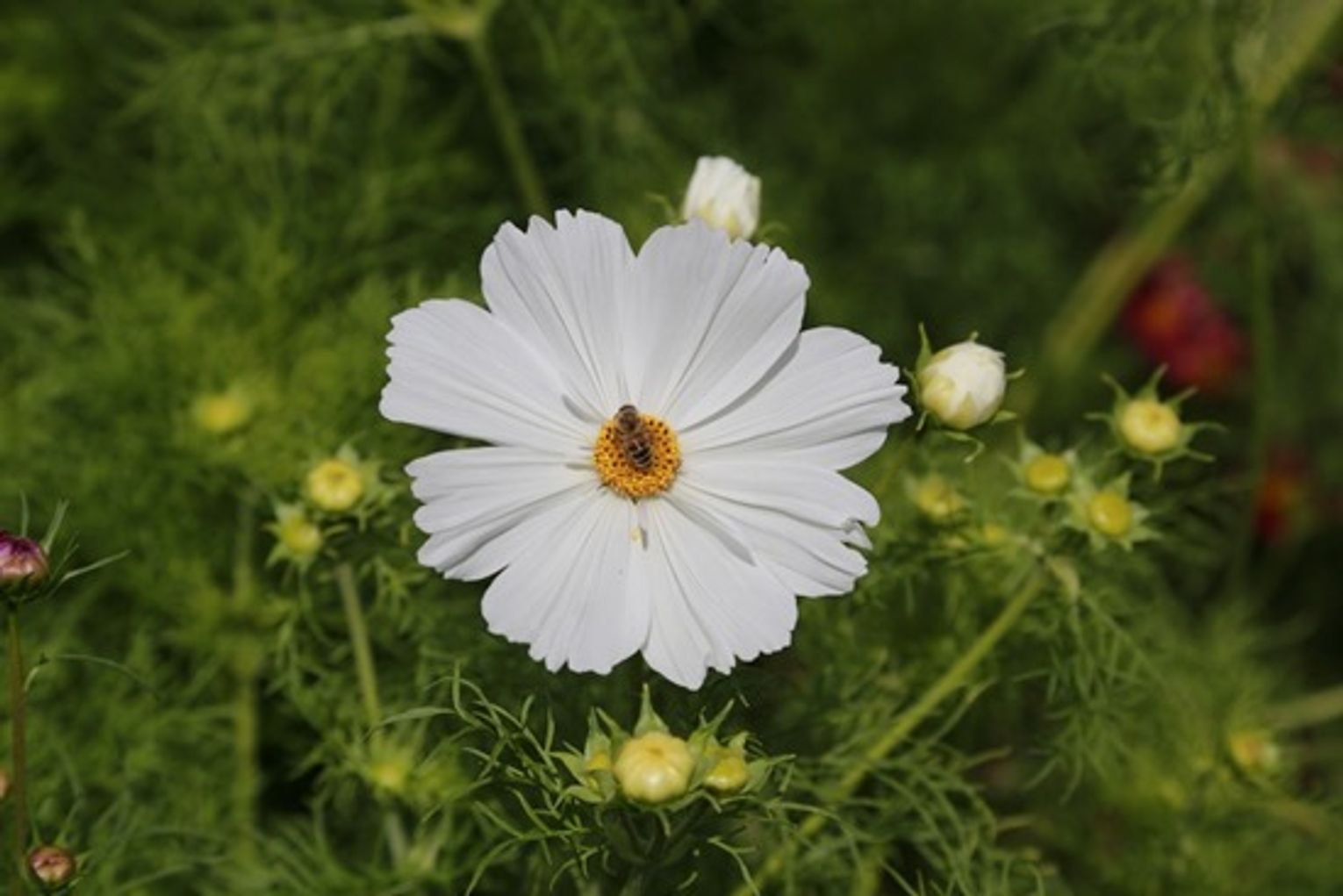 10. In the shadiest corner of the vegetable plot grow comfrey. You may need to contain it but it does make great ground cover.

If you have fruit trees, grow it under them. The flowers are a good nectar source and the leaves a great addition to the compost heap. Organic gardeners will brew comfrey tea: as a fertiliser for the plants. 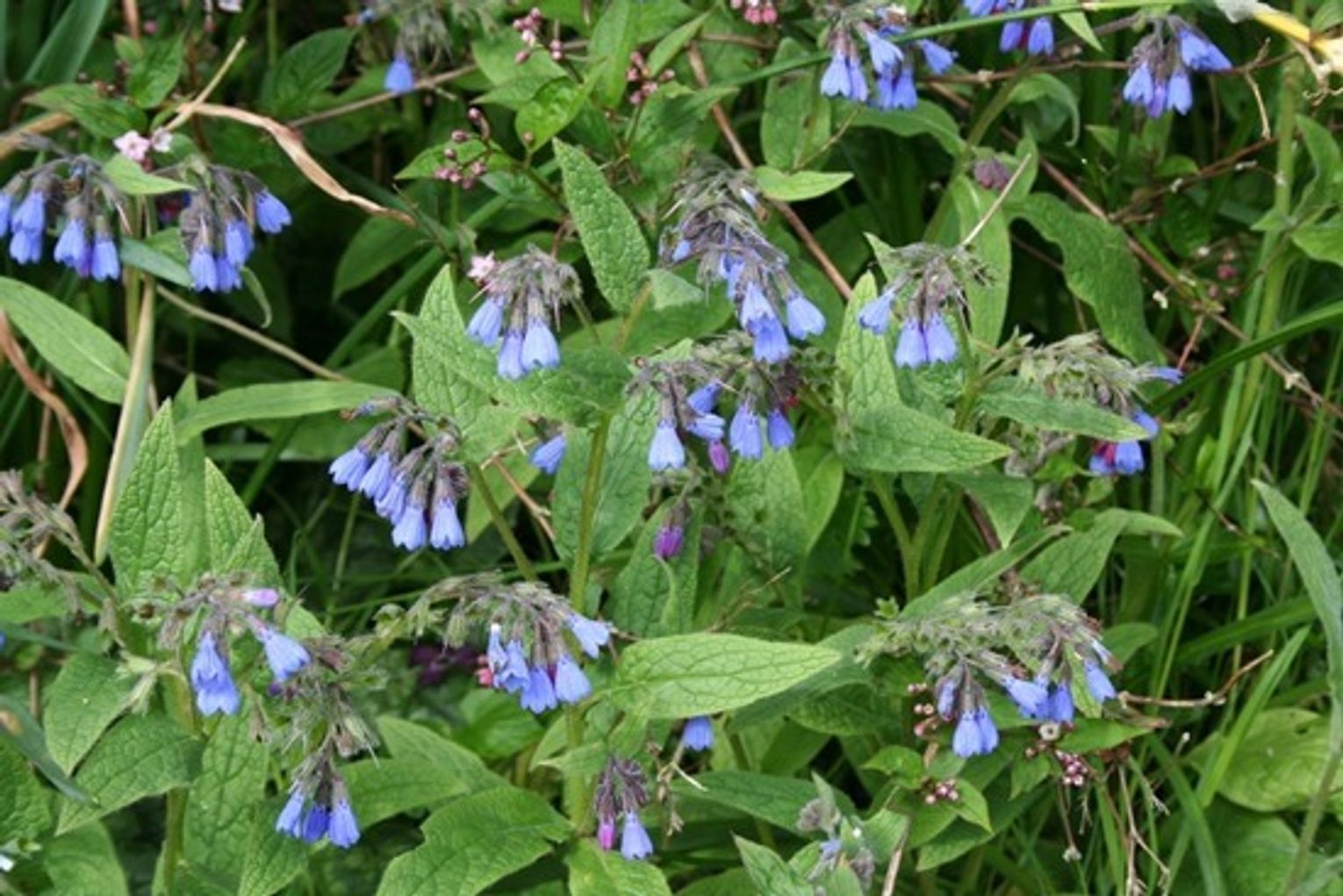 There are so many more subjects I could include here. Which flowers do you grow with vegetables? Try Sally Nex‘s Self-Sufficient Veg Gardening or Andy McIndoe‘s Gardening for Wildlife 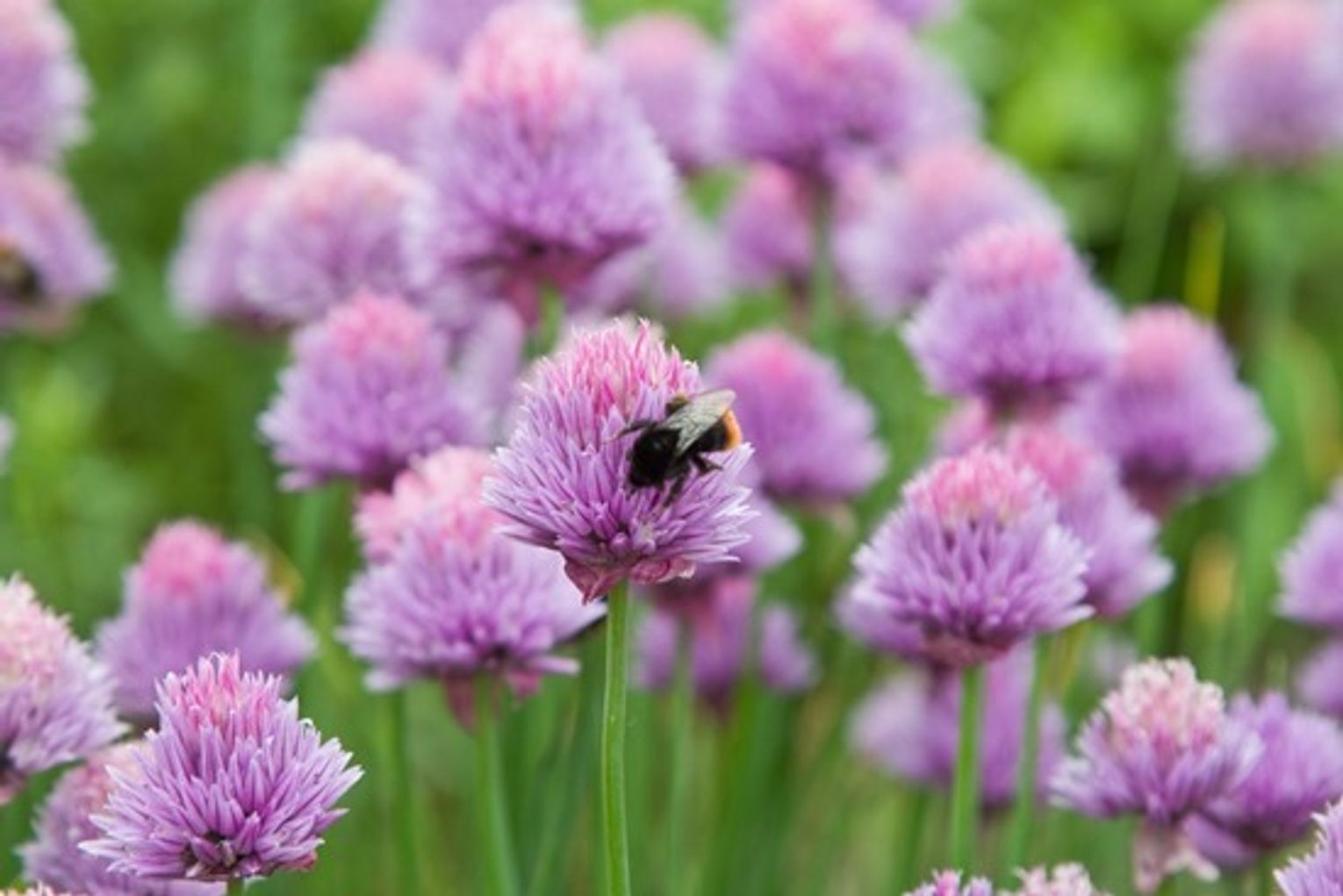